The jury deliberated for four days before reaching a verdict

A Minnesota jury found Kimberly Potter guilty on two manslaughter charges for her role in the shooting death of Daunte Wright.

The jury agreed to a guilty verdict on the charge of manslaughter in the first white committing a misdemeanor at approximately 11:40 A.M. on Dec. 23.

The former police officer shot and killed Wright on April 11 during a routine arrest. Potter claimed she had intended to discharge her taser and reached for her gun instead.

Wright had been pulled over for driving with expired registration and was subject to arrest when the officer realized he had an outstanding warrant.

Wright tried to return to the road, was hit by a shot fired by Potter, and then drove another several blocks before hitting another vehicle.

While testifying on Dec. 17, Potter said she “didn’t want to hurt anybody” and was “sorry it happened.”

Potter described attempting to arrest Wright with her fellow Brooklyn Center Officer Anthony Luckey as “chaotic.” She said during the “struggle” she yelled, “Taser.”

She broke into tears as she recalled Luckey telling her she had shot Wright.

She was charged with first- and second-degree manslaughter. Though the charges come with a seven-year jail sentence, prosecutors have said they would seek more.

During closing arguments, the prosecutors said Potter’s actions were a “blunder of epic proportions” and that a mistake was not an adequate defense.

“Everybody makes mistakes, this lady here made a mistake, and my gosh, a mistake is not a crime,” Earl Gray, Potter’s defense attorney, told the jury. “It just isn’t in our freedom-loving country, that we’re going to put you in jail for a mistake you made.”

Judge Regina Chu had the jury sequestered while they deliberated. Under the court’s supervision, the members of the jury were not allowed to leave an undisclosed hotel until a verdict was reached or until Chu agreed that the jury was hung.

Deliberations began on Dec. 20 and lasted for approximately four days. On Dec. 21, the jury asked if they could hold Potter’s gun and Taser, which had been zip-tied to an evidence box when presented in the court. Chu approved the request.

The jury also asked the judge on the same day what they should do if they were unable to agree. She asked them to continue deliberating.

Chu had instructed the jury that they could find Potter guilt of first-degree manslaughter if the prosecution proved she had recklessly handled the firearm while committing a crime.

“This means they must prove that she committed a conscious or intentional act while handling or using a firearm that creates a substantial or unjustifiable risk that she was aware of and disregarded, and that she endangered safety,” says ABC News.

Chu also instructed the jury that if the prosecution proved Potter acted with culpable negligence — knowingly risking causing death or bodily harm — they should return a second-degree manslaughter verdict.

The judge ordered Potter was to be taken into custody without bail, which the defense attorneys pushed back against. They advocated for probation, citing Potter’s sincere remorse, her devout Catholic faith during the Christmas holidays, and her lack of danger to the community. They requested the 49-year-old be released on her $100,000 bail.

The prosecution asked Chu to remand Potter into custody, as per the customary practice following a guilty verdict. The prosecutor noted Potter no longer lives in the state.

“I can not treat this case differently from any other case,” Chu said, upholding her initial decision.

A tentative sentencing date was set for Feb. 18. 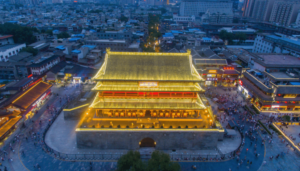