A city of 13 million people is now in lockdown under an order from the Chinese government just months before the 2022 Winter Olympics.

Xi’an, a northeastern city, went into lockdown at midnight on Dec. 22. There is no indication of when it will be lifted.

Under the strict order, only one person per household is allowed to leave their home every two days to purchase necessities. The city reported a total of 211 COVID-19 cases in the last week, though none are believed to be the Omicron variant.

Public transport and all non-essential businesses have been suspended. Over 3,570 schools will switch from in-person to remote learning.

According to Newsweek, “as of December 21, China had reported 100,544 symptomatic coronavirus cases and 4,636 related deaths. The NHC said the country had administered 2.6 billion doses of vaccines, fully vaccinating around 85 percent of China’s 1.4 billion population.”

Beijing is hosting the upcoming 2022 Winter Olympics. A potential surge in COVID-19 cases presents a challenge to national authorities tasked with managing the large-scale event.

“On the one hand, there is a tremendous amount of national pride and investment riding on the Olympics and few would want a cancellation, postponement or dramatic reimagining at this late stage,” reports AP News. “On the other, Chinese authorities have adopted draconian measures throughout the pandemic under their policy of seeking to stamp out every last case — and it’s hard to see how welcoming so many people from abroad will square with that strategy.”

The Winter Olympics are currently scheduled for Feb. 4 to Feb. 20. Foreign spectators will not be permitted into the country.

The government has designated 18 hospitals for Olympic personnel in preparation for the games. Two clinics are also under construction in Beijing, which will be open 24 hours a day and be staffed by English-trained doctors.

Cities in the eastern province of Zhejiang have reported outbreaks of the virus in recent weeks. However, they have not been subject to the same strict and widespread lockdown rules as Xi’an.

“The Xi’an restrictions are some of the harshest since China in 2020 imposed a strict lockdown on more than 11 million people in and around the central city of Wuhan, after the coronavirus was first detected there in late 2019,” per NBC News.

Xi’an went under lockdown for the first time in February of 2020. 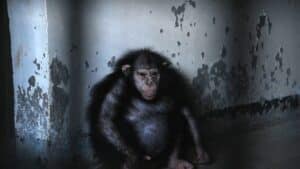