After being raised by humans her entire life, a chimp from an Iranian Zoo was beaten to death by her fellow chimps when reintroduced to a more natural environment.

Baran originated from the Eram Park Zoo in the Iranian capital of Tehran. She was only four years old, very young for a chimp, especially a chimp in captivity, where they often reach as much as 60 years of age.

She was transferred to the Sweetwaters Chimpanzee Sanctuary in Laikipia, Kenya.

At her new home, Baran had completed a 90-day quarantine. She was entering the second phase of her introduction to the sanctuary.

Baran, who displayed the ingenuity and intellect common among the great apes, managed to get through a lock and barrier in her enclosure and access the enclosure of a troop of Chimpanzees she had been remotely exposed to during quarantine.

The other chimpanzees mauled the four-year-old upon entry, leaving her badly injured. This is not uncommon among primates, whose natural instinct is to protect their troop, the name given to a primate family unit, at any cost. Onlookers often see this behavior as aggression. However, primatologists and behaviorists understand this as an instinct of family care.

Zookeepers at the Kenyan sanctuary managed to end the violence but could not save Baran. She later died from her injuries. 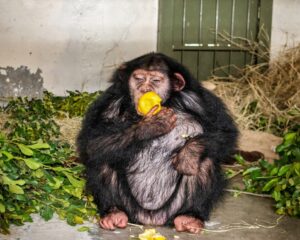 Baran was moved to Kenya in the summer because it was deemed unhealthy for her to live isolated from other chimpanzees. Humans had raised her after her mother rejected her because she was born prematurely.

After being nursed as a premature infant, veterinarians overseeing her care worked to reintroduce her to her mother, but she was again rejected. As a result, she was hand-raised by zoo vet Eman Memarian.

After being in the zoo for a few years, it was decided her wellbeing and natural behaviors would suffer due to her lack of contact with other chimpanzees.

The zoo then partnered with specialists with extensive experience in reintroducing chimps into family groups and contacted the Kenyan chimp sanctuary.

“Chimpanzees are social creatures who must live in their social groups to acquire the necessary skills for a healthy and natural social life,” said one of the experts from the Eram Zoo, according to a report The Sun.

Unfortunately for most primates, specifically chimps, their future in a new troop is not usually successful and often tragic. This has been reflected in standards of primate care and protocol from organizations such as PETA and the Associations of Zoos and Aquariums (AZA), which oversee husbandry standards for most zoos, sanctuaries, and animals parks worldwide. These organizations tend to ignore actual events and lean into idealistic outcomes found only in theoretical science, often ignoring those working directly as caregivers for these primates.

Tragic events, like Baran’s, point to an ongoing need for reform in the husbandry guidelines of captive primates.

Jane Goodall Institute experts say, “Sadly, they cannot be sent back to Africa. Most zoos will not take ex-pets because human reared chimpanzees do not know chimp etiquette and tend not to fit into established groups.”

Many animal rights activists and so-called experts often argue for the need to export animals back to their countries of origin and their natural habitats. While likely a well-meaning intention, it is often an uneducated point of view.

Multiple studies and attempts at such reintroductions to troops and natural habitats have been conducted over the last few decades. Most of them have similar results, with more than 67% of the captive-born primates failing to survive or being returned to captivity for their safety and wellbeing.

Additionally, in 1973, legislation that is part of the Endangered Species Act and CITES restricted the right to export animals back to their countries of origin, essentially making it impossible for such reintroductions to occur.

In most cases, trying to introduce human-raised primates into troops or back into the wild is unsuccessful. As a result, there is a need for educated and experienced caregivers and sanctuaries worldwide. And, there is a need for the zoological world to re-evaluate the standards of care and husbandry required for primates raised by humans.

Michael Robison is a staff writer at Timcast and founder of Small Primate Animal Rescue TN. 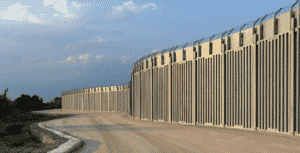 Greece Requests EU Funding For Extension of its Border Wall