Three people were shot in the parking lot of Six Flags Great America in Gurnee, Illinois, on Sunday evening.

Two of the victims were hospitalized with non-life threatening injuries, while the third declined to be transported for treatment.

Police were called about shots fired near the entrance of the park around 7:50 p.m., roughly ten minutes before Six Flags was scheduled to close. The park was evacuated at this time.

In a tweet about the shooting, Six Flags Great America said, “this evening, three people were injured outside the park when shots were fired from a single vehicle. The vehicle immediately drove away. Park security and on-site Gurnee Police Department Substation officers responded immediately. Law enforcement is investigating.”

This evening, three people were injured outside the park when shots were fired from a single vehicle. The vehicle immediately drove away. Park security and on-site Gurnee Police Department Substation officers responded immediately. Law enforcement is investigating.

The Gurnee Police said in a press release about the incident that officers immediately arrived at the scene after receiving several calls about a shooter, but the suspect had already fled the scene.

“Based on the initial investigation, a white sedan entered the Six Flags parking lot and drove toward the front entrance of the theme park. The suspects exited the vehicle and began shooting toward another individual in the parking lot. The suspects got back in the white sedan and quickly left the area,” the department said.

At least two of the victims were teenagers — a 17 year-old-male from Aurora, who had an upper thigh wound, and a 19 year-old-female from Appleton, who had a lower leg wound. The third victim had a shoulder injury and declined treatment, but the department did not provide further information about their identity or injury.

All of the victims are expected to survive.

According to the police department, the shooting was not a random act and appeared to be a “targeted incident.”

“This was not an active shooter incident inside the park,” the press release stated.

Two people who were inside the park when the incident occurred, Laurie Walker and her daughter, Grace, told WGN News that they were waiting in line to go on a ride when they noticed people “running in a panic.”

“There is an active shooter, get down, get down,” Walker said she heard someone shouting. “We didn’t know what was going on, so we get down.”

The incident remains under investigation and a suspect has not yet been apprehended. 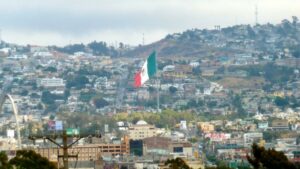