Violence has rocked Mexico as drug cartel militias have laid siege to multiple cities close to the U.S. border.

The violence began Aug. 11 in Ciudad Juarez, where a prison face-off between two rival cartels caused a riot and shootouts that left 11 people dead and four injured.

After the riot, Los Mexicles — a Mexican street gang that works in the Rio Grande Valley and is known as the armed wing of the Sinaloa Cartel — went on a violence spree, killing nine civilians.

“There’s no government here: Here the narcos are the government,” said Rogelio Cornejo Díaz, a small business owner in one of the cities under attack. “If the president thinks all is fine and tranquil, he should come here sometime with his wife and children to see for himself.”

Hundreds of Mexican soldiers were sent into Juarez — which is located across the U.S. southern border, just a few miles from El Paso, Texas — but the violence escalated and moved west.

Six alleged members of Mexicles were arrested with help from the Army and National guard, Deputy Security Minister Ricardo Mejia mentioned in a press conference the following morning.

“Random acts of violence create chaos and create fear and allow you to gain a tactical advantage over the authorities and your rivals,” said Alejandro Hope, a Mexican security analyst.

“If you go after random people in the streets, you should become a priority target for authorities,” he said. “But that does not happen. It sends a message [to criminals] that this is a good tactic.”

The U.S Consulate in Tijuana issued a shelter in place order for U.S. government employees in Tijuana and Baja, California, citing a spate of violence including fires, roadblocks, and heavy police activity.

1/2 The U.S. Consulate General Tijuana is aware of reports of multiple vehicle fires, roadblocks, and heavy police activity in Tijuana, Mexicali, Rosarito, Ensenada, and Tecate. U.S. government employees have been instructed to shelter in place until further notice. pic.twitter.com/oghBX1P7qX

At least 19 vehicles were set on fire in Mexicali, Ensenada, Tecate, Rosarito, and Tijuana, according to reporting from NBC San Diego.

“We are working from the first moment to safeguard peace in our State,” she wrote on Twitter. “We will apply all the strength of our Government so that there is peace and we find those responsible for these attacks.” 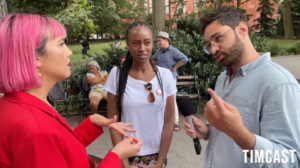