Three music festivals scheduled to take place in cities across Australia were canceled in a 24 hour time period.

Concerns about the potential spread of COVID-19 prompted new regulations on outdoor events.

The Grapevine Gathering, a major music festival, announced on Jan. 11 that it was canceling its New South Wales event — scheduled for four days later.

Major Australian musicians were set to perform, including the Veronicas, Peking Duk, the Jungle Giants, and San Cisco.

Event organizers have estimated that the cancellation will result in a $5.2 million revenue loss for the area. It also cost 1,400 jobs.

The organization behind the event said it was obligated to cancel the festival “following a decision by the Government to amend the Public Health Order overnight which amended a ban to singing & dancing for outdoor events.”

“We are deeply sorry this news has come at the final hour. We understand many of you have had travel plans & arrangements locked in for some time,” United Group said in its statement.

“Grapevine Gathering NSW has had an approved COVID safe plan for months and we have been in constant communication with the NSW Government regarding all required safety measures,” the organizers said. “The recent public health order announcement still allowed for our planned major events to proceed and the advice given up until this point was that our event was still compliant.”

Metal and punk festival Full Tilt announced its Jan. 29 concert in Adelaide was canceled on Jan. 12. The festival had postponed shows in Brisbane the week before.

“The Full Tilt team had organised the entire festival based off a raft of restrictions that were due to be eased in South Australia on 28th December, in line with the state’s 90% vax reopening plan,” reports Music Feeds. “… however as case numbers in the state continue to rise, the government has instead reintroduced a bunch of restrictions that will now prevent the festival from going ahead.”

Full Tilt promoter Chris O’Brien said that there was no way to “run Full Tilt in a seated format” in order to comply with the new regulations.

He added that festival organizers could not postpone the event because they have “zero confidence in the state government to remain true to their word.”

“We are devastated for the artists, contractors, crew, and event staff who will all miss out on the income, many of whom have barely worked since March 2020,” said O’Brien. “We are also gutted for the thousands of fans that have purchased tickets and were looking forward to Full Tilt.”

Organizers for heavy metal festival Unify Forever also announced on Jan. 11 that their event would be postponed to a previously announced backup weekend. The Melbourne event was scheduled for Jan. 21 and 22 but will now be held from March 10 to 13.

“With the rise in COVID positive cases and the impact this is having on the healthcare system and staffing levels, we received critical advice yesterday from key stakeholders, including emergency services, that resources required to run Unify Forever on the January dates would be limited due to the pandemic,” event organizers said in a published statement.

Without “adequate emergency services” and other necessary personnel, the organizers said there was no way to “proceed safely in January” and that the postponing was the “best decision [they could]make given the current situation.”

“The $15bn music and live entertainment industry has been devastated by omicron, with many state Covid restrictions affecting standing and large-scale outdoor events that could promote singing or dancing, while large sporting events have mostly gone ahead as planned,” reports The Guardian. “New density limits across different states have sent venues and promoters scrabbling, while the variant has spread rapidly among crews and cast, with positive cases shutting down an unprecedented number of stage shows.”

The state of Victoria, where Unify Forever would have taken place, introduced Covid-19 event insurance in December 2021 to help protect live events. While there have been efforts to implement similar insurance programs on a national level, the federal Australian government has not pursued the idea. 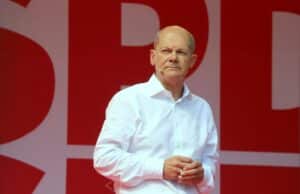