During his first question-and-answer session with parliament on Jan.12, Scholz said such a mandate would be necessary as long as infections related to the virus continue to rise.

The nation’s leader lauded the legislative body’s strict regulations on public life aimed at preventing increasing infections. The nation’s 16 state governors mandated that patrons at restaurants, bars, and theaters show either proof they are fully vaccinated or a negative COVID-19 prior to entry. Nightclubs were effectively closed in December and private gatherings were limited to 10 people.

The government announced last week that self-isolation and quarantine requirements no longer apply to anyone who has gotten a booster.

“These are strict rules, but they are pragmatic and mean an easing of the current rules,” Scholz said in a statement at the time.

Now Scholz, a center-left Social Democrat, is calling on lawmakers to require all adults in Germany to get fully vaccinated. He has asked for a draft of the mandate to be introduced by “late February or early March.”

“With the decision not to get vaccinated, one ultimately is not just making a decision for oneself but also for 80 million others,” he told parliament in Berlin.

“There are no decisions that are taken for yourself alone, and that’s why a vaccine mandate is the right way to go,” Scholz said

“The fact that you can infect someone has a consequence for our whole country, for our friends and neighbors,” he continued. “The fact that in Germany not as many people are vaccinated as we hoped at the start also has consequences.

According to Reuters, “the Q&A session was interrupted at the start when lawmakers from the far-right Alternative for Germany (AfD) held up signs reading ‘freedom instead of division.’”

Members of the three-part coalition that makes up Scholz’ government have also signaled they may not be prepared to support a national vaccine requirement.

Justice Minister Marco Buschmann from the FDP urged a wait-and-see approach to the mandate while the FDP chief Christian Linder said new information “could play a role in the decision.”

“Protecting human health and life is highly desirable. But our greatest asset… is and remains our freedom,” he said in a Jan. 6 statement.

Many Germans are already required to get the vaccine to work in their current professions, including soldiers and health care workers.

The Robert Koch Institute, Germany’s federal agency charges with reach and disease control and prevention,  reported  on Jan. 12 that there were 80,430 COVID-19 infections in the latest 24 hour period

There are, however, significant variations in the infection rare across each region of the country.

Over 72% of the population is fully vaccinated, according to RKI data.

Scholz replaced Angela Merkle, who led Germany for 16 years, in November of 2021. 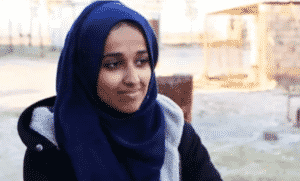