The diplomat's daughter left the U.S. to join the Islamic State

The United States Supreme Court has ruled that the woman who left the country to join ISIS can not return.

Hoda Muthana left her home in Alabama in 2014 to become a part of the terror group — earning herself the media title of the ISIS bride.

The justices declined to consider the appeal and offered no comments or explanation.

Muthana, the daughter of a Yemeni diplomat father who was born in New Jersey in 1994, told her parents she was going on a school trip to Atlanta.

She had withdrawn from the University of Alabama at Birmingham and used her refunded tuition money to fly to Turkey. From there, she made her way to Syria to join the Islamic State.

The then-20-year-old posted images online happily burning her US passport and posted anti-American statements, including “Spill all (the Americans’) blood.”

Muthana married three jihadists and had a son with one of the men. At least two have been killed.

She tried to return to the US with her toddler in 2019 after the Islamic State in Syria began to collapse. She surrendered to U.S.-backed Syrian Defense Forces. A federal judge ruled she was never a legal citizen.

Her father, Ahmed Ali Muthana, had diplomatic status through February of 1995. The children of active diplomats are not entitled to birthright citizenship. The judge determined that Muthana was actually a citizen of Yemen.

Under President Barack Obama, the federal government revoked her passport,  “saying she was not a U.S. citizen because her father had diplomatic immunity at the time of her birth” and that her passport had been issued in error, per Courthouse News.

President Donald Trump tweeted while in office that he had told the secretary of state not to allow her reentry into the country.

“She does not have any legal basis, no valid U.S. passport, no right to a passport, nor any visa to travel to the United States,” Secretary of State Mike Pompeo said publicly at the time.

Muthana’s father legally appealed the decision, saying he had turned in his diplomatic identity card before his daughter was born. He has also asked to be able to send money to support his daughter and grandson without being charged with supporting a terrorist organization.

Muthana reportedly became radicalized online after turning to the internet to help improve her relationship with her mother, a devout Muslim.

“I thought I could improve it by being more religious because she’s very religious,” Muthana told filmmaker Alba Sotorra Clua in her documentary “The Return: Life After ISIS.”

“I learned all of this on my own, online,” she said.

Muthana said she expected Syria to be “a happy place with Muslims, helping in hospitals, helping in schools, helping a community out and just being good decent Muslims to each other.”

“It was hell on earth. Really,” she said. She said she “this horrible way of life that I really regret for the rest of my life and that I wish I could just erase.” 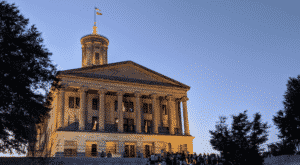