Thousands of Students Register To Attend Lecture by Canceled Professor

Dorian Abbott was denounced after co-authoring an op-ed calling for an unbiased, merit-based evaluation of university applicants

Dorian Abbott’s lecture at the Massachusetts Institute of Technology was canceled after he publicly called for students to be evaluated based on merit instead of racial equity.

Now thousands of students have signed up to attend his rescheduled presentation at Princeton University.

The geophysicist and professor at the University of Chicago co-authored an opinion piece for Newsweek in August titled “The Diversity Problem on Campus” where he detailed the impact of bureaucratically enforced pouches for Diversity, Equity and Inclusion.

“DEI violates the ethical and legal principle of equal treatment. It entails treating people as members of a group rather than as individuals, repeating the mistake that made possible the atrocities of the 20th century. … American universities are undergoing a profound transformation that threatens to derail their primary mission: the production and dissemination of knowledge.”

They proposed an “alternative framework called Merit, Fairness, and Equality (MFE) whereby university applicants are treated as individuals and evaluated through a rigorous and unbiased process based on their merit and qualifications alone.”

The professor argued that this would end legacy and athletic-based admission advantages, which tend to favor white applicants.

Following the backlash and outrage caused by his article, Abbott’s prestigious Carlson lecture was canceled by MIT.

Princeton University subsequently offered to host his lecture via zoom and has had to expand the quota because thousands have signed up for the event.

We have once more been forced by the sheer number of registrants for Dorian Abbot's lecture on Oct. 21st, 4:30 East Coast time to increase the quota for Zoom participants. If you tried to register but were unable to do so, you may register now. https://t.co/4e7YXcZITd https://t.co/mU9UwFhH6x

“He is extraordinarily brave, and he is really, really leading the charge right now against the cancel mob,” University of Chicago senior Audrey Unverferth told Fox & Friends on Oct. 12. “I am so grateful for his efforts.”

“I really hope that we Americans can keep showing the woke mob that they are not going to win, that we’re going to stand by one another, and we are not going to let intelligent, well-intentioned voices be canceled,” said Unverferth, the co-founder of the student-run newspaper “The Chicago Thinker.”

In a post on Bari Weiss’s substack, Abbott wrote that he was motivated to speak out because of “the street violence of the summer of 2020, some of which I witnessed personally in Chicago, and the justifications and dishonesty that accompanied it, convinced me that I could no longer remain silent in good conscience.”

Abbott’s rescheduled lecture will be held virtually on Oct. 21. 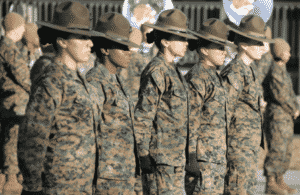