Suicides by active-duty Army soldiers are up 46 percent from the same period last year.

More U.S. servicemembers died from suicide in the second quarter of 2021 than have died from the coronavirus since the beginning of the pandemic.

During Q2, 60 active-duty U.S. Army personnel members died from suicide compared to 41 during the same time frame in 2020.

A report from Fox News noted that “comparatively, the total number of military personnel who have died from the coronavirus since the start of the pandemic stands at 67.”

“This summer, a research paper concluded that a staggering 30,177 American active military personnel and veterans involved in post-9/11 wars are estimated to have died by suicide – a figure at least four times greater than the 7,057 service members who were killed in combat during that time,” their report stated. The figures came from report from the Cost of War Project – a research effort being conducted by Brown University and Boston University.

As Timcast previously reported, more than 35,000 veterans called the VA’s suicide hotline during the final two weeks of America’s withdrawal from Afghanistan.

“There was an average of 2,060 calls a day during that time frame, with the most, 2,570, occurring on Monday, Aug. 16, when Kabul fell under Taliban control,” the Washington Examiner reported.

In a letter to letter to Veteran’s Affairs, Kansas Senator Jerry Moran(R), wrote, “we know that the worsening situation for our Afghan allies will negatively impact many of our military veterans, and it is our duty to provide adequate support for those veterans as our country grapples with the fallout from our withdrawal from Afghanistan.” 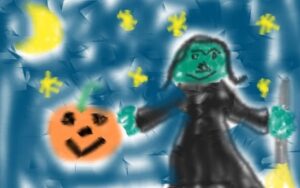