The statue of President Theodore Roosevelt that was removed from the Museum of Natural History will go on display in North Dakota.

The Theodore Roosevelt Presidential Library announced they had reached an agreement with the City of New York for a long-term loan.

The library in Medora, North Dakota is scheduled to open in 2026.

Vicki Been, New York City’s Deputy Mayor for Housing and Economic Development, said in a statement, “We are grateful to the Theodore Roosevelt Presidential Library for proposing a fitting new home for the Equestrian Statue.”

“This long-term loan would allow an important part of the City’s art collection to be appropriately contextualized, and we look forward to continuing to work with the Library on next steps,” she said.

The statue was created in 1929 following a commission from the Board of Trustees of the New York State Roosevelt Memorial. It has stood at the entrance to the Museum of Natural History since 1940. Theodore Roosevelt Sr. was one of the museum’s founders. Roosevelt’s birthplace, at 28 East 20th Street, New York City, is classified as a National Historic Site.

James Earl Fraser, the sculptor, intended the statue to reflect Roosevelt’s experience as a naturalist.

Calls for its removal stemmed from concerns about the racial implications of the statue.

Roosevelt is depicted riding on horseback between a Native American and a black man. Critics have said this indicates a racial hierarchy because the nation’s 26th president is higher than the other men.

The movement for its removal reached its peak in 2020 following a summer of increased racial tensions following the death of George Floyd in Minnesota.

“Over the last few weeks, our Museum community has been profoundly moved by the ever-widening movement for racial justice that has emerged after the killing of George Floyd. We also have watched as the attention of the world and the country has increasingly turned to statues and monuments as powerful and hurtful symbols of systemic racism,” the museum said in a statement released on June 21, 2020.

“While the Statue is owned by the City, the Museum recognizes the importance of taking a position at this time. We believe that the Statue should no longer remain and have requested that it be moved.”

The Theodore Roosevelt Presidential Library’s board said in a statement that it “believes the Equestrian Statue is problematic in its composition.”

“The agreement with the City allows the TR Library to relocate the statue for storage while considering a display that would enable it to serve as an important tool to study the nation’s past,” it said.

The TR Library plans to establish an Advisory Council with representatives of the Indigenous Tribal and Black communities in addition to historians, scholars, and artists who will “guide the recontextualization of the statue.”

“Museums are supposed to do hard things,” said Edward F. O’Keefe, chief executive officer of Theodore Roosevelt Presidential Library Foundation. “It is said that ‘those who do not learn from history are doomed to repeat it,’ and our job is to forthrightly examine history to understand the present and make a better future.”

Following the summer of 2020, statues of notable figures in American history were removed from public display or destroyed by protestors. Richmond, Virginia removed a 12-ton statue of General Robert E. Lee in September. Charleston removed a statue of America’s seventh vice president, John C. Calhoun, because of his legacy as a defender of slavery. Other cities, including Jacksonville, Florida, have yet to determine what they will do with their Confederate statues. 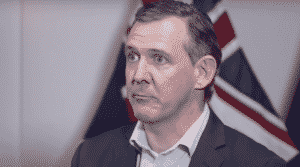