Supreme Court of the US / Wikimedia Commons / Joe Ravi

The Supreme Court heard arguments regarding the legality of the Biden Administration’s  COVID-19 mandate for businesses with more than 100 workers on Jan. 7.

Under the November mandate, businesses with more than 100 workers would have to require their workers to get the COVID-19 vaccine or comply with masking and testing protocols.

The nation’s highest court will ultimately determine if the federal government has the authority to enforce such a measure or if it had overstepped its authority.

More than 100 million workers would be impacted by the rule, which would be enforced by Occupational Safety and Health Administration.

The U.S. Court of Appeals for the 5th Circuit blocked the mandate from going into effect days after it was issued.

The rule was reinstated by a different federal court in December. The court ruled that O.S.H.A. had a broad range of authority to enact safety measures and noted the possible danger of the COVID-19 pandemic to workers.

The justices heard oral arguments for more than two hours on Friday. One of the attorneys arguing against the federal mandate, Ohio solicitor general Ben Flowers, presented his case remotely because he had tested positive for COVID-19.

Scott Keller, the solicitor general of Texas, said “the mandate covering 84 million Americans will cause widespread labor shortages and is ‘one size fits all’ when some workplaces are higher risk and others are lower risk.”

Keller also said the enforcement of the mandate would be detrimental to the national economy.

US solicitor general Elizabeth Prelogar defended the vaccine-or-test mandate on behalf of the federal government.

She hesitated when asked by Justice Samuel Alito if the government would object to the court taking an administrative stay to review the arguments and documents provided.

While she said she would leave it to the Court to decide if they needed time to review, she maintained that grave harm occurred every day that the order does not go into effect. She noted that O.S.H.A. had set an “aggressive” compliance deadline of Jan. 10 because of that concern.

“Yes,” Prelogar said. “We think lives are being lost every day.”

“In early arguments, Chief Justice John Roberts and Justice Neil Gorsuch suggested that government officials had overstepped, with Roberts declaring that it is ‘hard to argue’ that officials had been given the power to act by Congress,” reports Fox News. “Justice Amy Coney Barrett went on to suggest that one of the problems with the rule was its broad scope, while Justice Clarence Thomas suggested that the federal government may have greater powers during the pandemic.”

A brief administrative order that stays the enforcement of the mandate could be issued by the Court on Friday or sometime over the weekend. 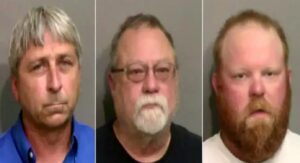