Two of the three Georgia men convicted for the 2020 killing of Ahmaud Arbery will face life in prison without the possibility of parole.

Travis McMichael, 35, his father, Gregory McMichael, 66, and neighbor William “Roddie” Bryan, 52, were convicted of murder about six weeks before sentencing.

Superior Court Judge Timothy Walmsley ruled just before 3 p.m. that Travis McMichael and Gregory McMichael would serve life without the possibility of parole and an additional 20 years each.

William Bryan, who filmed the incident, was sentenced to life in prison with the possibility of parole.

Under Georgia law, someone convicted of murder cannot apply for parole for at least 30 years, even if the possibility is granted.

Judge Walmsley was self-admittedly theatrical during his ruling, sitting for a one-minute moment of silence to represent one-fifth of the time that the three men spent chasing Arbery. He said he was doing so to give people a sense of how long the chase was and the “terror” the victim must have felt during that time.

“He was killed because individuals here in this courtroom took the law into their own hands,” the judge said.

Prosecutors had argued that all of the men, including Bryan, who only filmed the shooting, should be sentenced to life in prison without the possibility of parole.

The attorney for Travis McMichael, who fired the weapon, argued that he never intended to kill that day and that a maximum sentence would be unjust.

“Judge, you can send a message that four minutes of conduct does not erase a life well-lived and that after punishment, there is opportunity for redemption.” Rubin continued.

Jasmine Arbery, Ahmoud’s sister, spoke and asked the court to give the men the maximum sentence. His mother, Wanda Cooper-Jones, agreed with Jasmine and read a message to her son.

“This verdict doesn’t bring you back, but it does help bring closure to this very difficult chapter of my life,” she said. “I made a promise to you the day I laid you to rest: I told you I loved you, and some day, somehow, I would get you justice. Son, I love you as much today as I did the day you were born. Raising you was the honor of my life, and I’m very proud of you.”

Marcus Arbery, the deceased’s father, said that his son was “lynched” and agreed with the rest of the immediate family in asking for a maximum possible sentence.

“Not only did they lynch my son in broad daylight, but they killed him while he was doing what he loved more than anything: running. That’s when he felt most alive, most free. And they took all of that from him,” the father said.

He added, “because me and my family, we got to live with his death for the rest of our life. We will never see Ahmaud again. So I feel they should stay behind them bars for the rest of their lives because they didn’t give him a chance.”

The defense lawyers representing each of the convicted argued that it was not a premeditated killing but a fight over a gun that escalated quickly.

During the trial, the defense for the three men claimed that they were attempting to perform a legal citizen’s arrest on Arbery when Travis McMichael shot him in “self-defense” in February 2020. They argued that the men believed that he had robbed a nearby home.

The prosecution claimed that the victim was just “jogging” when Bryan and the McMichaels pursued him.

“The McMichaels grabbed guns and jumped in a pickup truck to pursue the 25-year-old Black man after seeing him running in their neighborhood outside the Georgia port city of Brunswick in February 2020. Bryan joined the pursuit in his own pickup and recorded cellphone video of Travis McMichael fatally shooting Arbery,” the Associated Press reports.

The report continued to say that “the McMichaels told police they suspected Arbery was a fleeing burglar when they armed themselves and jumped in a pickup truck to chase him. Bryan joined the pursuit when they passed his house and recorded cellphone video of Travis McMichael blasting Arbery at close range with a shotgun as Arbery threw punches and grabbed for the weapon.”

Two months after the shooting, a video of the incident was released online — prompting massive backlash and protests from the Black Lives Matter movement.

Travis McMichael was found guilty on all nine charges ranging from aggravated assault to murder.

Gregory McMichael was found not guilty of malice murder — but guilty of eight other charges, including felony murder.

William Bryan Junior, the man who filmed the shooting, was found not guilty on three of his charges but guilty on six others. Crimes he was found guilty of include felony murder and aggravated assault.

The three men convicted of murdering Ahmaud Arbery will be sentenced today.

“I really don’t want to hear anything from either defendant. There’s nothing they can tell me today that would make me feel better. I miss Ahmaud more … each day,” his mother, Wanda Cooper-Jones, says. pic.twitter.com/iwMirEJOoL

Prosecutors did not argue during the murder trial that the shooting was racially motivated. However, federal authorities have charged the men with hate crimes, claiming that they chased Arbery down because of the color of his skin.

The family of Arbery says that they have rejected a plea deal for the men in that case.

Earlier this week, Cooper-Jones said that the Department of Justice approached her about the potential plea deal. Under the agreement, the men would have served 30 years in prison if they said that the killing was “motivated by hate.”

Cooper-Jones told “CBS Mornings” that she rejected the deal because she wanted them to stand trial a second time for the killing of her son.

The federal trial will begin in February. 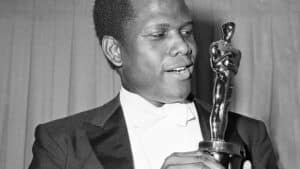