The Oscar-winning actor starring in such films as 'Lilies of the Field,' 'To Sir, With Love' and 'In the Heat of the Night,' broke barriers

Oscar-award-winning actor and Hollywood legend Sidney Poitier has died. He was 94-years-old.

He was best known for his roles in such films as No Way Out, Lilies of the Field, and In the Heat of the Night. The renowned films paved the way for minority actors everywhere.

Poitier’s death was confirmed on Friday by the press secretary for the Bahamas’ deputy prime minister. There are no other details regarding his death at this time.

He was the first Black man to win an Academy Award for best actor in Lilies of the Field, where he portrayed a good-hearted handyman for a group of Arizona nuns in 1963.

Poitier had been nominated for the award once before, for his role as a convict on the run in The Defiant Ones in 1958.

He also received an honorary Oscar from the Academy in 2002 for impact on film and television worldwide.

Poitier was the first Black actor to star in mainstream Hollywood movies that did not portray an African American in a stereotypical fashion. His influence was immeasurable, especially during the 1950s and ’60s as a role model and image-maker.

His very presence and cheerful demeanor made him one of the most beloved stars in Hollywood history.

Poitier was also the first Black actor to become a top box office draw. He attained that distinction in 1967 when he starred in three top films. His meteoric rise came through roles in To Sir, With Love, In the Heat of the Night, and Guess Who’s Coming to Dinner.

“I made films when the only other Black on the lot was the shoeshine boy. I was the lone guy in town,” Poitier told Newsweek in 1988.

Since his debut in 1947, Poitier has appeared in more than 40 films. 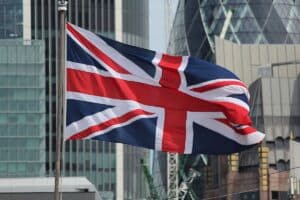