A group of British MPs wants the BBC to play the national anthem every day to promote “a great sense of unity and pride.”

Tory Minister Andrew Rosindell proposed the plan in honor of the Queen’s Platinum Jubilee. Rosindell suggested the anthem be played at the end of daily programming, which is approximately 1 A.M. or 2 A.M. on weekdays or weekends.

“I know the minister will agree that the singing of the national anthem is something that provides great sense of unity and pride in our nation,” he said while speaking in the House of Commons on Jan. 6.

According to City A.M., “Liverpool-born Dorries has already committed a £22m funding package to commemorate the Queen’s Platinum Jubilee this year, and she has spoken openly about her patriotism and British pride.”

Culture minister Chris Philp offered his support of the idea of playing “God Save the Queen” on the BBC daily.

“The more we hear the national anthem sung, frankly, the better,” he said. “Organisations like schools are free to promote it, and the more we can do in this area, the better it’ll be.”

Philip said he would also support other expressions of patriotism, including flying the Union Jack.

The BBC is funded through government grants and international organizations, corporate partners, and private individuals.

BBC One used to sign off for the day by playing the national anthem but has forgone the tradition since switching to 24-hour news coverage in the late 1990s.

Only BBC Radio 4 plays the national anthem at approximately 1 A.M. before the start of BBC World Service.

“I think a lot of Scots don’t really recognise that as their national anthem,” she said while discussing Rosindell’s proposal with him on the Jeremey Vine show. “In the middle of it, it does mention crushing rebellious Scots, which doesn’t feel altogether unifying as a home nation.”

Rosindell has defended his suggestions saying, “The wokerati don’t want it back, but young people today love their country and are deeply patriotic.”

If accepted, the proposal would compel the BBC to play the national anthem on February 6. 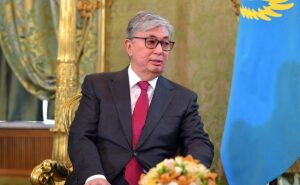