Violent clashed between protestors and security forces broke out this week

Security forces in Kazakhstan have been authorized to shoot to kill by President Kassym-Jomart Tokayev.

Violent street protests broke out across the Central Asian nation this week.

Initially, protestors took to the streets to peacefully demonstrate after gas prices doubled. General discontent and opposition to the authoritarian government then became the focus of the increasingly brutal face-offs.

President Tokayev gave a televised speech on Jan. 7, referring to those involved as “terrorists,” “bandits,” and “militants.”

“I have given the order to law enforcement and the army to shoot to kill without warning,” Tokayev said. “Those who don’t surrender will be eliminated.”

“Terrorists continue to damage property… and use weapons against civilians. I have given the order to law enforcement to shoot to kill without warning,” he said.

Tokayev said calls from Western nations to negotiate with protestors as “idiotic.” he said he would not hold talks with “criminals and murderers.”

“Terrorists continue to damage property… and use weapons against civilians. I have given the order to law enforcement to shoot to kill without warning,”

Internet and cellphone service have been repeatedly disrupted, and several airports closed amid the conflict. The Amalty airport was taken over by protestors and recovered by federal forces, according to a statement from Russian Defense Ministry spokesman Maj. Gen. Igor Konashenkov.

Russia deployed paratroopers to the nation after a request from Tokayev earlier this week after he declared a state of emergency.

The Kazakh president thanked Russian President Vladimir Putin for his support during his address.

At least 26 protestors and 19 law enforcement officers were killed during the unrest.

Kazakhstan’s Interior Ministry reported on Jan. 7 that 26 more protestors had been injured — as had 700 officers. He also announced that more than 3,800 people have been detained by police.

“The protests are the biggest threat so far to the regime established by Kazakhstan’s founding president Nursultan Nazarbayev, who stepped down in 2019 and hand-picked Tokayev as his successor,” reports CBS News. “Tokayev tried to head off further unrest by announcing the resignation of the cabinet early on Wednesday, but protests continued.”

Kazakhstan borders both Russia and China. It has significant reserves of oil, natural gas, uranium and precious metals  — giving the nation political and economic strength.

“Despite Kazakhstan’s vast resource wealth, discontent over poor living conditions is strong in some parts of the country, reports AP News. “Many Kazakhs also chafe at the dominance of the ruling party, which holds more than 80% of the seats in parliament.”

President Xi Jinping praised Tokayev for having “decisively taken strong measures at critical moments and quickly calming down the situation.”

“As a fraternal neighbor and a long-term strategic partner, China is willing to provide necessary support within its means to Kazakhstan to help it get over this difficult period,” Xi said in a statement. 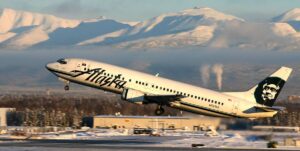