'The Fact That A Spouse Of A Senator-Elect Has Been Attacked Nonstop For The Past 24 Hours And Everyone’s OK With It ... It’s Not Normal'

Mrs. Fetterman recounted her experience attending the Senate spousal orientation last week, noting her role assisting her husband after he suffered a stroke in May while campaigning.

“The right-wing hates women. They especially hate strong women, and I think that’s what you’re seeing,” Barreto Fetterman told The New Republic in response to critics.

“The fact that a spouse of a senator-elect has been attacked nonstop for the past 24 hours and everyone’s OK with it and everyone thinks it’s normal.… It’s not normal.”

“The fact that a spouse of a senator-elect has been attacked nonstop for the past 24 hours and everyone’s okay with it and everyone thinks it’s normal … it’s not normal,” said Gisele Fetterman after her first day on Capitol Hill. https://t.co/5OIQj7HCYu

Last week, Fetterman posted a photo of herself and Senator-elect husband outside of his office captioned “first day.” Critics noted the Senator-elect appeared to be partially cropped out of the photo with more focus placed on Mrs. Fetterman. However, the couple has a running joke that the Mr. Fetterman has trouble fitting in photos because of his height, the outlet reported.

“Since entering the Capitol for training, my inbox has been completely filled with threats and horrible things. And that’s because I’ve been a non-stop loop on Fox News,” Mrs. Fetterman told the outlet. “Hopefully it’s not like this forever … and hopefully it’s not like this for the next young Latina or person of color or spouse who enters this space.”

“I do feel safe, but then something will happen, and it shakes you … can this happen to me as well? The fact that there’s such a focus on the spouse is scary, and it’s creepy,” Mrs. Fetterman said in reference to Paul Pelosi’s attack in late October.

Critics have further claimed Mrs. Fetterman was “stealing the show” and may be lining herself up to assume her husband’s Senate seat should the Senator-elect step down following health complications, the outlet noted.

“I hope to find my space in the role of a Senate spouse,” Fetterman said. “I don’t know it yet, but I hope to come into it.”

“He didn’t even want to go to the hospital … but I insisted … and as usual, I was right,” said Mrs. Fetterman of her husband’s stroke. “I’m so glad I made him go, for two reasons. The first is that doctors were able to get him back on his feet quickly … and the second reason is I now have one more thing I get to hold over him. I mean, I saved his life, right? I will never let him live that down.”

John Fetterman’s stroke was highly criticized as detrimental to his ability to serve as Senator throughout his campaign. In October, the then-Senate candidate opened up about challenges he experiences while recovering from the stroke, including difficulty processing auditory language, during an interview with MSNBC’s Dasha Burns where Fetterman revealed he required the use of closed captioning technology to communicate. 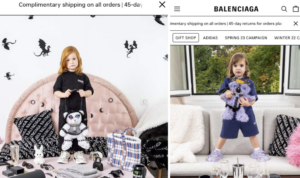