A new ad campaign from the designer brand Balenciaga is raising alarms for potentially promoting pedophilia.

Images of toddlers holding purses shaped like furry stuffed animals in bondage circulated the internet over the weekend. In one, a red-haired girl stands on a bed, holding up a bag made of a white teddy bear in a fishnet top with leather straps on its ankles and wrists. In the other photo, a toddler in purple holds up a matching bag where the stuffed animal is in a BDSM-style harness. The child is posed on a couch with wine glasses and beer pints on the coffee table in the foreground.

When screenshots of the website circulated on Instagram, users argued that another image featured on Balenciaga’s website included a copy of a Supreme Court case that ruled child pornography was not a protected form of free speech.

The image, shown on the brand’s homepage, features the Hourglass handbag. The bag was photographed on what appears to be a table with a mix of papers. Near the bottom of the bag, fragments of text from what appears to be page 11 of Williams v Supreme Court form 2008.

Phrases from the following paragraph of the court’s majority opinion are visible in Balenciaga’s image:

In 2004, Michale Williams told an undercover agent in an internet chatroom that he had sexually explicit pictures of his daughter, who was a child, and shared a hyperlink to images of child pornography. Williams was subsequently charged under the Prosecutorial Remedies and Other Tools to end the Exploitation of Children Today (PROTECT) Act of 2003.

The majority of justices held that the First Amendment does not protect people offering or soliciting images of child pornography. The opinion, authored by Justice Antonin Scalia, argued that such illegal transactions have no social value and that Williams had violated the PROTECT ACT. The court rejected the argument that the law was overly broad and too vague.

“Under the court’s interpretation of the 2003 statute, a person offering material as child pornography can be convicted on either of two grounds: for believing that the material depicts real children, or for intending to convince a would-be recipient that it does,” noted The New York Times after the ruling.

Balenciaga is a Spanish luxury fashion line that was founded in 1919. Led today by Georgian creative director Dema Gvasalia, the brand has become known for its thick-soled sneakers, unusual collaborations, and oversized clothing and is intensely popular with young adults.

“Products like the chunky Triple S sneaker and the wide-collared, long-sleeved ‘swing’ shirt have somehow managed to become both indie, counter-‘fashion’ products and global bestsellers; millennials account for 70 percent of Balenciaga’s current sales,” reported Vogue in 2020.

The brand cut ties with Kanye West in October after allegations of anti-Semitism.

The kink stuffed animal bags sparked public outrage with many describing the images as disturbing.

“Balenciaga’s ad campaign comes at a time when the apparent normalization of youth exposure to ‘kink’ has become a point of issue for those concerned about child safeguarding,” wrote feminist publication Reduxx.

Others noted the images’ connection to pedophilia, with one pundit referring to the images as “Pedo Chic.”

Chipping away at those boundaries and normalising this crap one campaign at a time.

Balenciaga bringing Pedo Chic to the masses. Very on-brand for 2022.

Following the public outcry, Balenciaga quietly removed the images of children holding the bags from its website. One image of a young boy in a playroom with a kink bear bag on the floor remains. 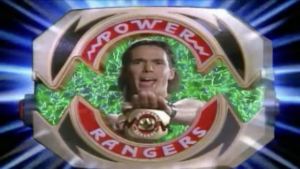