Closures Would Likely Impact the Global Food Supply, as The Netherlands is the Second Largest Food Exporter in the World

The Dutch government is planning to confiscate and close up to 3,000 farms near environmentally sensitive areas in order to comply with environmental rules set by the European Union (EU), which aim to curb nitrogen emissions.

Under the compulsory plan, the government first vows to offer farmers “well over” the value of their farm (early leaked versions of the plan recommended offering 120 percent of the value), according to The Telegraph.

If the number of farmers who accept the offer is deemed too low by authorities, the government will use force to take farmland.

“There is no better offer coming,” Christianne van der Wal, nitrogen minister, told MPs on Friday, per The Telegraph. She also said compulsory purchases would be made with “pain in the heart” if necessary.

Protests erupted in the Netherlands this summer as authorities began enforcing mandatory restrictions on farmers. Police fired live rounds in one incident as a convoy of 40,000 farmers blocked supermarkets, distribution centers, and roads in protest of the government’s restrictions, which will ultimately put thousands of farmers out of work and threaten the global food supply (the Netherlands is the second largest food exporter in the world).

Several factors are behind the Dutch government’s interventions.

The Dutch environmental agency says that “native species are disappearing faster in the Netherlands than in the rest of Europe and that biodiversity is under threat,” per The Telegraph. Officials believe that nitrogen levels are responsible.

Also, as part of the EU’s Green Deal, in 2021, the European Commission adopted the EU Action Plan “Towards a Zero Pollution for Air, Water, and Soil.”

The stated goal of this plan is to reduce pollution to levels “no longer considered harmful to health and natural ecosystems, that respect the boundaries with which our planet can cope thereby creating a toxic-free environment.”

Additionally, as previously reported by Timcast, to comply with domestic court rulings, Dutch lawmakers need to cut emissions of nitrogen oxide and ammonia by 50 percent nationwide by 2030 and voted on July 5 to enact more restrictive laws.

The government has been forced to enact harsher restrictions after a series of court rulings blocked infrastructure and construction projects over concerns that emissions would violate environmental rules.

In 2019, The Netherlands’ Supreme Court upheld a lower court ruling that ordered the Dutch government to cut carbon emissions by 25 percent, Timcast reported. The plaintiff in the original case, which was brought before the lower court in 2015, was the non-profit Urgenda Foundation, which celebrated their victory.

“This is the first time a court has determined that states have an independent legal obligation towards their citizens,” said Dennis van Berkel, legal counsel for Urgenda. “That must inform the reduction commitments in [the Paris Agreement] because if it doesn’t, they can expect pressure from courts in their own jurisdictions.”

The Netherlands’ Supreme Court ruling is a contributing factor to the heavy restrictions against Dutch farmers.

LTO Nederland, a lobbying group for Dutch farmers, said trust in government “has been very low for a long time,” while accusing public officials of creating “restrictions without perspective,” the Telegraph reported.

Dutch ministers believe that if enough farms close, biodiversity will recover, which could allow farms without nitrogen permits to be legalized. 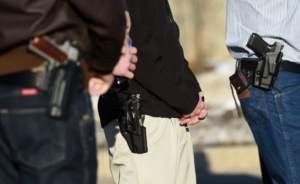