A new study found nearly twice as many people carry a handgun every day than they did in 2019.

The findings coincide with a steady rise in gun ownership that has been documented since the 2000s.

In the study published in the American Journal of Public Health, about 3 million Americans carried handguns on a daily basis. The statistic specifically measures those who carry a handgun on their person rather than keeping one in their cars. As of 2019, 6 million people carry a handgun on them each day.

Additionally, 16 million people reported carrying a handgun in the last month – a significant increase from the 9 million recorded in 2015.

The results are based on a survey completed by “a nationally representative sample of US adults living in firearm-owning households” conducted between July and August of 2019.

“We found no notable differences between the proportion of handgun owners residing in permitless carry states who carried handguns versus those residing in shall issue states who did so,” the study’s authors noted.

Gun regulations in America have changed significantly in the last three decades.

The authors noted that the Supreme Court’s ruling in New York State Rifle & Pistol Association v. Bruen – which was released on Nov. 3, 2021 – “could further catalyze the loosening of firearm-carrying regulations in different parts of the country.”

The court found that New York could not impose a proper-cause requirement on individuals, striking down a law that made it more difficult for potential gun owners to get permits. Notably, other states were not necessarily compelled to repeal strict gun laws by the ruling.

Gun regulations are tensely debated in American politics, regularly being rehashed in the wake of a mass shooting.

After the May shooting at an elementary school in Uvalde, Texas, Gallup noted two polls conducted in October 2021 and January 2022 found about 13% of Americans are “very satisfied” with national gun laws. Another 28% are “somewhat satisfied” while 19% were “somewhat dissatisfied” and 37% were “very dissatisfied.”

In January, 62% of Republicans reported they were satisfied with the state of gun regulations while 71% of Democrats were dissatisfied.

At least 44% of Americans are in gun-owning households and 31% are gun owners themselves.

“Eighty-eight percent of gun owners cite crime protection as a reason they own a gun, compared with two-thirds giving this reason in 2000 and 2005 surveys,” reported Gallup.

Gun ownership remains on the rise in America. The country experienced a major increase in gun owners between 2020 and 2021 amid the COVID-19 pandemic. Just over 5.1 million people bought a gun for the first time between Jan. 2020 and April 2021. It is estimated that between Jan. 2019 and April 2022, a total of 7.5 million Americans became gun owners. The majority had previously lived in a gun-free household. 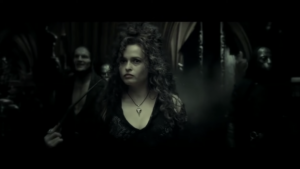