“I think there’s a lot of envy unfortunately and the need to tear people down that motors a lot of this canceling. It’s horrendous, a load of bollocks. I think [Rowling] has been hounded. It’s been taken to the extreme, the judgmentalism of people,” Carter told the outlet regarding Rowling’s comments on transgender women. “She’s allowed her opinion, particularly if she’s suffered abuse. Everybody carries their own history of trauma and forms their opinions from that trauma and you have to respect where people come from and their pain. You don’t all have to agree on everything – that would be insane and boring. She’s not meaning it aggressively, she’s just saying something out of her own experience.”

She added: “I hate cancel culture. It has become quite hysterical and there’s a kind of witch-hunt and a lack of understanding,”

In early June, a Virginia jury ruled in favor of Depp, awarding the actor $10 million.

When asked if the “pendulum of #MeToo [was] swinging back” in regards to Depp’s trial, Carter responded “my view is that [Heard] got on that pendulum. That’s the problem with these things – that people will jump on the bandwagon because it’s the trend and to be the poster girl for it.”

Depp, who is the godfather of Carter’s two children with filmmaker ex-husband Tim Burton, has starred alongside the Harry Potter alum in seven films, including The Lone Ranger, Alice in Wonderland and it’s sequel Alice Through the Looking Glass, Dark Shadows, Charlie and the Chocolate Factory, Corpse Bride, and Sweeny Todd: The Demon Barber of Fleet Street.

“I don’t think what she said was offensive really,” Coltrane told the Independent. “I don’t know why but there’s a whole Twitter generation of people who hang around waiting to be offended. They wouldn’t have won the war, would they?”

Carter and Coltrane’s defense of Rowling fell in contrast to other Harry Potter stars, including the series’ namesake Daniel Radcliffe.

“The reason I was felt very, very much as though I needed to say something when I did was because, particularly since finishing ‘Potter,’ I’ve met so many queer and trans kids and young people who had a huge amount of identification with Potter on that,” Radcliffe told IndieWire in reference to a 2020 open letter shared by the Trevor Project. “And so seeing them hurt on that day I was like, I wanted them to know that not everybody in the franchise felt that way,” Radcliffe said. 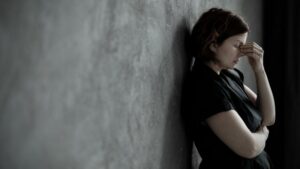 Over 40% Small Businesses Can't Afford to Pay Rent This Month