Over 40% Small Businesses Can't Afford to Pay Rent This Month

Nearly Two-Thirds Say Inflation Is Hurting Them The Most

As Americans continue to grapple with 40-year-high inflation, less discretionary income, a slump in consumer spending and other economic pressures, record numbers of small businesses say they are struggling to pay rent.

Forty-one percent of U.S. small business owners say they were unable to pay their rent in full and on time in November, according to Alignable’s November Rent Poll.

“Making matters worse, this occurred during a quarter when more money should be coming in and rent delinquency rates should be decreasing,” says Alignable, an online small business network with more than seven million members.

Small businesses have been coping with a tight labor market — which increases wages — along with higher costs of goods. Though many have raised prices to offset inflationary pressures, small businesses are also reluctant to continue price hikes, fearing a negative impact on consumer demand, Forbes reports.

Small business owners say they are being impacted by higher rents, declining monthly revenues, and reduced consumer spending. But, 60 percent say that inflation is the factor hurting their businesses the most.

In the retail sector, 40 percent of small businesses expect to earn less in Q4 2022 than they did in Q4 of last year. Ten percent say inflation is so high they may be forced to close.

Entertainers are also feeling the pressure of a contracting economy, with the rent delinquency rate for musicians and artists rising to 38 percent.

“We’re hearing that more entertainment gigs are being booked than they were a year ago. But, in general, consumers are starting to cut back on extra expenses, like hiring an entertainer for a company event or a private party,” Alignable says. “So, while they’re currently out of the COVID woods, the lack of disposable income that comes with a year or more of inflation is sidelining a lot of entertainers once again.”

The Top Ten States for rent delinquency in November are: 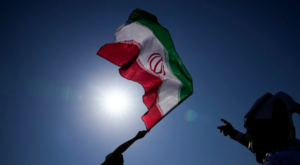