The United States Soccer Federation has backtracked after posting an altered image of Iran’s flag to social media ahead of the World Cup match between the two countries.

The organization removed the Islamic Republic emblem, which means “Allah,” from the flag featured in the pre-game graphic that was shared on social media. The emblem features four curved swords and symbolically means “there is no one but God.”

The USSF wanted to show support for women in Iran, where at least 450 people have died in protests that began in September after a 22-year-old woman died after being taken into custody by the country’s morality police. An estimated 18,000 arrests have been made in connection to the display of civil unrest.

The Iranian team staged a silent protest in solidarity with those protesting in their home country on Nov. 21 by refusing to sing the country’s national anthem while it played in the stadium ahead of its match against England.

Iran fans were filmed booing the song – which many say is not Iran’s anthem but rather an anthem of the Islamic Republic.

According to Newsweek, the players could face arrest when they return to Iran.

The Iranian government denounced the image and filed a complaint with the World Cup’s organizers. A state-affiliated news outlet said the USSF “disrespected the national flag of [the] Islamic Republic of Iran” and that the American team should be kicked out of the tournament.

The USSF ultimately took down the alternative by the afternoon of Nov. 27.

In a statement to CNN, the organization said it only intended to keep the altered graphic up for 24 hours as a show of support “for the women in Iran fighting for basic human rights.”

“We have the main flag on our website and other places,” USSF told the outlet.

It is unclear who authorized the graphic.

“This was a decision within the federation… I’m not going to get into who knew and who didn’t,” said USSF spokesman Neil Buthe in a statement, per AP News. “There have been at certain times. I’m not going to talk about those, but, again, this is our decision not anyone else’s or pressure from anyone else.”

The head coach of the US men’s team, Gregg Berhalter, publicly apologized for the graphic on Nov. 28, but stressed neither the coaching staff nor the players were involved in social media

“We had no idea about what U.S. Soccer put out. The staff, the players, we had no idea,” Berhalter said at a press conference.

“Our focus is on the match,” the coach added. “We’re not focused on those outside things and all we can do, on our behalf, is apologize on behalf of the players and the staff. But it’s not something that we were a part of.” 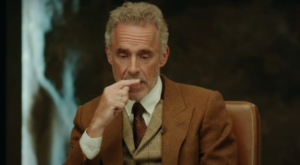