This is part two of our series on the economic realities of renewable energy. Start with part one here.

Inherent in the renewable energy mythos is a story of the near and distant future. Soon, we’re told, only the poorest of the population will drive archaic combustion engines that are limping through their last legs. Then, later, when the tremendous green shift occurs, all will drive electric vehicles — save for the few elites with their recreational collections of classic models from the early aughts.

By 2050, so the prophecy reads, the only cars approved for travel on public roads will be battery powered and charged by energy generated from solar rays, gusty wind, or hydroelectric dams. But what exactly does the math for this utopia look like? How are the supply chains structured? Exactly how much metal must mankind pull from the Earth?

To begin picturing the scale of this green undertaking, some background information is needed. The global fleet of vehicles is estimated to fall between 1.4 to 2 billion — not including heavy transport vehicles (rigs and freight trains, for example) for hauling goods. In the United States, the typical motorist drives somewhere around 13,400 miles per year or about 40 miles a day. The Department of Energy estimates that throughout the United States, 3.27 trillion miles are traveled each year.

Electric vehicles are somewhat resource-intensive when compared to cars utilizing an internal combustion engine. It takes about four times the amount of copper — roughly 180lbs — to build a battery electric vehicle (BEV). Cobalt and lithium, key components in the battery that powers these vehicles, saw their prices double between 2015 and 2018. The Department of Energy has identified cobalt as the single greatest threat to sustaining BEV supply chains.

The Natural History Museum of London, a publicly funded institution, tasked a number of the United Kingdom’s lead experts in geological science to determine the actual resource demands of green energy policies.

To build just the cars needed in the United Kingdom, and working under the assumption that these vehicles would use the minimal number of resources necessary, the Brits would require “207,900 tonnes cobalt, 264,600 tonnes of lithium carbonate (LCE), at least 7,200 tonnes of neodymium and dysprosium, in addition to 2,362,500 tonnes copper.”

And identifying the resource demands is a far cry from extracting, processing, and manufacturing those minerals and metals into a working vehicle:

Energy cost of metal production: This choice of vehicle comes with an energy cost too. Energy costs for cobalt production are estimated at 7000-8000 kWh for every tonne of metal produced and for copper 9000 kWh/t. The rare-earth energy costs are at least 3350 kWh/t, so for the target of all 31.5 million cars that requires 22.5 TWh of power to produce the new metals for the UK fleet, amounting to 6% of the UK’s current annual electrical usage. Extrapolated to 2 billion cars worldwide, the energy demand for extracting and processing the metals is almost 4 times the total annual UK electrical output.

If this can be accomplished, then Greta Thunberg will have her vehicles — but at that point, the only thing she could do is look at them. The situation is complicated further by the need to supply them with renewable energy.

In the United States, the interim period between fossil fuels and renewable energy is expected to lean heavily on natural gas. “If half of the automobiles on American roads were EVs, daily US natural-gas demand would be expected to increase by more than 20 percent,” according to an analysis published by the consulting firm McKinsey.

London’s Natural History Museum extrapolated the energy requirements for the global fleet using the average vehicle miles traveled (VMT) of the United Kingdom. That’s about 8,000 miles. However, in the United States, the 276 million registered vehicles log an average VMT of 13,400. Our energy demands would be considerably higher, particularly in low-density rural regions. But here is what they determined about the viability of wind turbines:

If wind farms are chosen to generate the power for the projected two billion cars at UK average usage, this requires the equivalent of a further years’ worth of total global copper supply and 10 years’ worth of global neodymium and dysprosium production to build the windfarms.

The prospect of solar-powered vehicles, they found, fares even worse. According to their research, the United Kingdom would require “thirty years” of global annual tellurium production to generate enough power from CdTe-type photovoltaics, which is currently the most efficient product on the market. Again, the United States would require a far greater quantity.

But, even assuming this feat is achieved, one final obstacle stands in the way of a green utopia: the logistics of storing and distributing that power to American motorists. McKinsey’s Russel Hensley, Stefan Knupfer, and Dickon Pinner warn Americans not to expect a simple switch from gas stations to outlets. This proposal, they write, “won’t be sufficient to service the expected number of EVs.” Instead, they suggest that large charging hubs with “multiple rapid 120-kilowatt” stations, each with eight outlets, will be required to “dispense a similar amount of range per hour as the standard-size gas station of today.” If this demand were to hit our current electrical grid, more problems would arise:

Today’s power facilities can accommodate tomorrow’s significant rise in the number of EVs, as long as the vehicles are charged off peak. Faster charging during peak demand, however, will indeed have an impact. In fact, peak demand from a single EV using a top-of-the-range fast charger is 80 times higher than the expected peak demand of a single typical household.

An uncomfortable reality for those advocating the proliferation of BEVs is that the required materials are sourced mainly from underdeveloped nations in South America and Africa.

The Democratic Republic of the Congo, the largest producer of cobalt and holds half of the world’s known reserves, has existed in a near-constant cycle of instability, dictatorship, and war since the Belgian Congo. China has a controlling interest in its natural resources and is, consequently, estimated to refine roughly 85% of the world’s cobalt supply.

A brave age of Green New Imperialism is already underway. With cobalt demand expected to increase by 350%, it takes little imagination or abductive analysis to infer the Congo’s fate. Already, Google, Apple, Tesla, Dell, and Chinese mining companies like DongFang have been sued for child labor fatalities in the Congolese mines they control.

While Cecil Rhodes’ forrays into the Congo were less successful than his expeditions that formed the British South Africa Company, recipients of his eponymous scholarships might yet fulfill his true legacy.

But how will a heart that bleeds chloroplasts sleep at night knowing this? “Tesla empowers artisanal cobalt miners,” one recent report reads. Soundly they will sleep, confident that their policies empowered children to descend towards Earth’s mantle, shake hands with the devil in the name of a green energy fantasy, and maybe make it out alive.

As of 2018, an estimated 800,000 laborers, or 40% of the total pool of workers in artisanal mines, were children — something you’re unlikely to see Rep. Alexandria Ocasio-Cortez shed tears over. 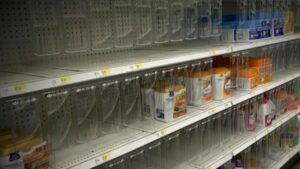