Meghan McCain sold less than 250 copies of her new book during the first few days after the hard copy launched.

McCain, as if she would ever let you forget, is the daughter of the late Sen. John McCain.

The Washington Examiner reports that “according to an NPD BookScan provided to Secrets, it sold just 244 copies in the first few days.”

The book, Bad Republican: A Memoir, is — shocker — about her life as the daughter of a politician. She previously wrote a book called “My Dad, John McCain,” and apparently assumed that people wanted more.

According to the book’s description on Amazon, “[McCain] tells of growing up the daughter of an American icon who shaped her life and details the heartbreaking final moments spent by his side. She recalls her (mis)adventures on the New York dating scene and brings us up to speed on meeting her now-husband. We hear her views on cancel culture and internet trolls as well as life backstage as the sole Republican at America’s most-watched daytime talk show—and why she decided to leave.”

McCain got brutalized in the reviews, with a sea of one-star ratings.

“I was so looking forward to reading this as I am an independent and appreciate someone who can see all sides. What I got was a whiny little girl who complained about LIFE everything in life that EVERYONE has to deal with and most do it without feeling sorry for themselves,” one review read.

Another said, “I’m not an especially political person, so I gave it a look at my local library. The writing style is just revolting, and it’s so self-congratulatory that it’s likely unreadable for anyone other than the author. The overall implication is that this person is not going to be a popular or influential figure in politics at any time in the near or distant future, which has increased my faith in the system markedly.”

“This is a testimony to Barbara Walter’s wise view about unqualified rich people’s kids who get into jobs that are not qualified for and would have never gotten into it without their last name. They will miserably fail but would blame it on the entire world but themselves. This memoire ( if we can even call it that) documents the insecurity, inferiority complex, and ignorance of its narrator that we saw on full display on the View,” an especially brutal reviewer said.

Other reviews included, “awful,” “so bad it’s funny,” and “victim.” 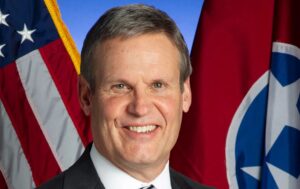