All of the Art Institute of Chicago’s trained volunteers — the majority of whom were financially stable, older white women — were let go last month in an effort to diversify the staff.

The Art Institute has over 100 docents with 82 still active. The docents lead visitors on guided tours and provide the organization with an average of 15 years of unpaid service

Gigi Vaffis, president of the docent council,  told radio station WBEZ of the firings, “We were surprised, we were disappointed. There is an army of very highly skilled docents that are willing and ready and able to continue with arts education.”

On Sept 3. the Woman’s Board Executive Director, Learning and Public Engagement Veronica Stein emailed the docents, firing all of them.

The museum needed to go down a new path, Stein wrote, “in a way that allows community members of all income levels to participate, responds to issues of class and income equity, and does not require financial flexibility.”

Stein offered the docents a two-year free pass to the museum as a thank you for their service.

The Wall Street Journal said Stein’s email indicated the mass dismissal was due to the volunteer’s race and socioeconomic status.

In response, “the docents sent a letter on Sept. 13  detailing the staff ‘engaged in eighteen months of twice-a-week training to qualify as a docent, five years of continual research and writing to meet the criteria of 13 museum content areas, and monthly and bi-weekly trainings to further educate ourselves with the materials, processes and cultural context’ of the museum’s pieces,” per The New York Post.

The Chicago Tribune’s Editorial Board called the museum’s actions “weasely” and noted the docents are being replaced with a smaller number of paid educators.

“Frankly, the museum would have a tough lawsuit on its hands for age and race discrimination (there were laws against that, last time we checked) except for one thing: Everyone being nixed is a volunteer,” the Board wrote.

Volunteers are not protected by federal employment laws.

The Art Institute said they “have not fired anyone” in a comment to the Post on Oct. 18.

“We thought we were being very clear when outlining our plan, but somehow this has been twisted into unfounded accusations of reverse racism resulting in lewd threats against our staff,” a spokesperson for the institute said. “We’re simply pausing a volunteer educator program and would never want to diminish the contributions they have made. This should not be the roots of a culture war.”

The Art Institute is located on Michigan Avenue and is approximately a million square feet. The museum has almost 300,000 works of art. 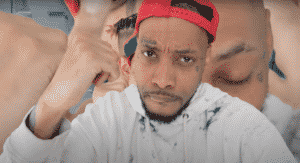