“Let’s Go Brandon,” a new song from indie hip-hop artist Loza Alexander, has skyrocketed to the top of iTunes’ charts in a little over a week.

The quasi-novelty song is currently number one on iTunes’ hip-hop chart, surpassing lauded rappers like Drake, Lil Nas X and Jack Harlow. “Let’s Go Brandon” is ranked number two across all genres, surpassed only by the latest single from Adele.

“Honestly, [it] doesn’t feel real,” Alexander told Timcast. “Seeing myself #1 on the charts is like a dream. All of a sudden I’m getting all this attention … it’s just crazy but I’m beyond happy.”

Alexander, a California native, said “the people inspired this song.”

The music video, which has received over 2.5 million views on YouTube since it was posted on Oct. 10, has sparked the #Let’sGoBrandonChallenge” on TikTok. The hashtag has garnered 1.7 million views and a number of duets, dances and uploads. All of this despite TikTok threatening to remove Alexander’s video due to “harassment and bullying.”

ATTENTION news reporters!
Tik Tok has threatened to remove my #letsgobrandon viral video that is approaching the number one spot on iTunes top us hip hop records! Tik Tok is claiming that I’m bullying? But how??? @TikTokSupport#lozaalexander #loza #letsgobrandonthemesong pic.twitter.com/ilAdaPHC6S

The song takes its title from a viral video where NBC sports reporter Kelli Stavast appears to mishear a chant from the crowd at an Oct. 2 NASCAR event at Talladega’s Superspeedway in Alabama. During her interview with the winning driver, Brandon Brown, the crowd begins shouting, “F— Joe Biden.”

Stavast interrupted her interview to say, “You can hear the chants from the crowd, ‘Let’s go, Brandon.’”

“When I heard what that reporter said when she was trying to cover up what was really being chanted, [the idea] came to me and I immediately got to work,” Alexander said. “I made the beat, wrote the song, recorded the track, shot the video and released it all in one day.”

The reporter’s misinterpretation of the chant has catapulted into a viral meme that’s spawned t-shirts, stickers, flags — and now — hit rap songs. (There’s more than one. The second most popular single on iTunes’ hip-hop chart is a different song titled “Let’s Go Brandon” by Tyson James and Chandler Crump.)

Alexander’s track features a repetition of Stavast’s misinterpretation intercut with the crowd’s now-famous chant. In the video, he sports a red MAGA-like hat that reads “MAKE MUSIC GREAT AGAIN.”

“You can hear the chant in every post,” Alexander says in the song. “That’s what they get for treatin’ us like we in ‘Squid Games.’ … These times, people wakin’ up to everything. Go Brandon, but we all know what the sayin’ mean.”

For him, the song is an equally cultural and comedic attempt to bring people together.

“No matter your race or what kind of music you like, we can all bob our head to this,” he said. “It can make you laugh or smile but the message in this song is clear.”

Alexander, 33, credits his family, fans, and God for his newfound success, but also noted that he’s been making his own music since he was 13.

“I always felt that one day this would happen because I never gave up on myself, but the feeling is overwhelming,” he said. “Nothing that I was prepared for.”

A previous version of this article did not include comments Alexander made during his interview with Timcast on Oct. 21. 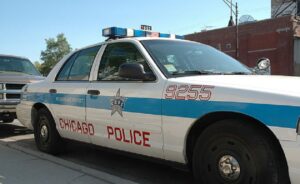