A Texas woman has been arrested for allegedly pointing a loaded gun at a 7-year-old trick-or-treater.

The Hays County Sheriff’s Office says that deputies were called to a neighborhood in Buda, Texas, at around 7:20 p.m. on Halloween.

When they arrived to the scene, Monica Ann Bradford, 35, was yelling at trick-or-treaters outside her home.

In a statement posted to Facebook, the sheriff’s office said that Bradford had “exited her residence with a loaded weapon and pointed it at a 7-year-old child who was walking in front of the residence.”

“I was in shock. It’s Halloween, there are kids everywhere, how can somebody just come out with a weapon and scare these kids,” neighbor Connie Medina told FOX 7 Austin.

Witnesses say that Bradford had her porch light on, which is widely meant to signal that your home is accepting trick-or-treaters.

Bradford was taken into custody and charged with Aggravated Assault with a Deadly Weapon, which is a second degree felony.

The woman was transported to the Hays County Jail and her bond was set at $10,000.

Texas saw a great deal of violence and bloodshed during Halloween weekend, including 12 people wounded and two killed in a pair of shootings on Saturday and Sunday.

One of the shootings took place at a packed Halloween party in Texarkana, a town located on Texas’ border with Arkansas.

Approximately 200 people were in attendance when shots rang out. According to law enforcement, there was at least one fatality and nine injuries. The victims range from 15 to 23 years old. 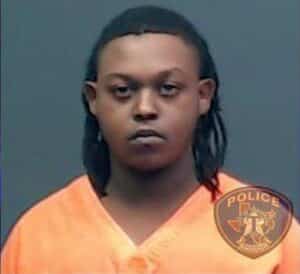 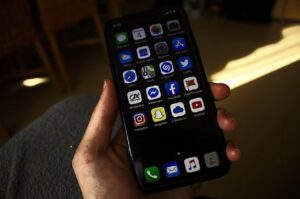