The proposed legislation would criminalize “online abuse” that causes “psychological harm,” with up to two years in prison as the penalty.

Opponents of the legislation have argued that it will be a major blow to the freedom of speech and civil liberties. They have specifically argued that the proposal is too broad and open to interpretation, instead of creating clear rules of conduct.

The Department for Culture, Media and Sports is now taking recommendations by the Law Commission. Their goal is to find ways to punish trolling after incidents involving sports journalists and Premier League athletes made global headlines.

According to a report from The Times, the potential new law will mean that the courts no longer focus on the intent of mean messages, but instead the effect on the recipient. It will focus on penalizing “threatening communications,” “knowingly false communication” and “pile-ons.”

“‘Threatening communications,’ for example, will target messages and posts that contain threats of harm intended to mainly create a state of fear for the victim, while ‘pile-ons’ would address an incident in which a number of individuals gang up on someone with harassing messages on social media,” Fox News reports.

The proposed law has been sent to the cabinet for approval and Culture Secretary Nadine Dorries is reportedly planning to add the new offenses before it is introduced to Parliament in December.

“We are making our laws fit for the digital age,” a government spokesman told The Times. “Our comprehensive Online Safety Bill will make tech companies responsible for people’s safety and we are carefully considering the Law Commission’s recommendations on strengthening criminal offenses.” 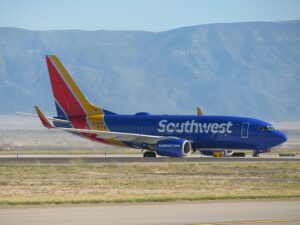