'Southwest does not tolerate any behavior that encourages divisiveness,' the airline said

Southwest Airlines is conducting an internal investigation after a pilot said “Let’s Go Brandon!” over the plane’s loudspeakers.

The pilot reportedly used the viral, anti-Biden catchphrase to close his standard greeting to passengers on a flight from Houston, Texas to Albuquerque, New Mexico.

A clip of the incident posted on TikTok recorded the pilots saying:

The former National Finance Chair of Draft Biden 2016 and Long Island Campaign Chair for Barrack Obama tweeted about the incident on Oct. 31.

Can I get 1,000 people to quickly comment #FIRED so we can pressure @SouthwestAir to FIRE the MAGA pilot who said “Let’s Go Brandon” (which means F*ck Joe Biden) over the loudspeaker?

“Firing this pilot may not be an option as Southwest Airlines continues to struggle with staffing shortages, resulting in more consistently delayed flights,” noted Penn Live.

The pilot’s identity has not been made public.

In a statement following its internal investigation, Southwest said it would “address the situation directly with any Employee involved while continuing to remind all Employees that public expression of personal opinions while on duty is unacceptable. Southwest does not tolerate any behavior that encourages divisiveness.”

“One Employee’s individual perspective should not be interpreted as a viewpoint for Southwest and its collective 54,000 Employees,” the airlines said.

We know many of you have heard about recent statements that may have been made on a Southwest flight, and we wanted you to hear directly from us. pic.twitter.com/CYh0MugYxd

“The phrase took off after an Oct. 2 incident at a NASCAR race in Alabama won by Brandon Brown, a driver who was being interviewed by an NBC Sports reporter,” notes AP News. “The crowd behind Brown was chanting something, and the reporter suggested it was saying ‘Let’s go, Brandon’ to cheer the driver. But it became increasingly clear to viewers that the crowd was saying, ‘F—- Joe Biden.’”

A judge blocked an effort from the pilots union to stop the airline from enforcing its vaccine mandate on Oct. 27.

Southwest canceled thousands of flights in early October, which many speculated was caused by a protest led by the company’s pilots. The airline insisted the cancellations were due to poor weather. 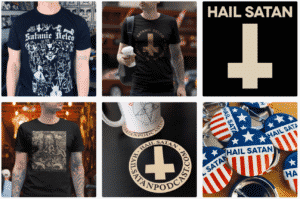