The Texas Supreme Court has ruled that the state may continue abuse investigations into the parents of transgender children who are receiving certain gender altering procedures and pharmaceuticals.

The investigations were temporarily halted after a lawsuit was filed by the family and doctor of a 16-year-old biological male who identifies as female, who were among the first to face inquiry under the new orders.

While the court’s ruling will allow the investigations into other families to continue, the investigation into the family who filed the suit remains halted under an injunction because it could cause “irreparable harm,” according to a report from the New York Times.

In a 12-page opinion, the court ruled that the court of appeals had abused its discretion by using Rule 29.3 to issue a statewide order.

In February, Attorney General Ken Paxton asserted that a wide variety of elective procedures for gender alteration is illegal for minors in the state, including reassignment surgeries that can cause sterilization, mastectomies, removals of otherwise healthy body parts, and administration of puberty-blocking drugs or supraphysiologic doses of testosterone or estrogen.

One day after Paxton released his opinion, the governor ordered multiple agencies to begin investigating parents providing their children with those procedures for abuse.

“Texas law imposes reporting requirements upon all licensed professionals who have direct contact with children who may be subject to such abuse, including doctors, nurses, and teachers, and provides criminal penalties for failure to report such child abuse,” Gov. Abbott said in a letter to the Department of Family and Protective Services. The letter was also sent to the Health and Human Services Commission, Texas Medical Board, and Texas Education Agency.

According to the report from the Times, “in March, a district judge, Amy Clark Meachum in Travis County, ordered all such investigations to stop, pending a trial. She found that the governor’s order had been improperly adopted and violated the State Constitution. An appeals court allowed the temporary injunction to remain in place.”

“Mr. Abbott, along with the state’s attorney general, Ken Paxton, brought the case to the Texas Supreme Court, arguing that the investigations, on their own, were not an ‘injury’ and that the district court had overstepped its authority in preventing them. All nine members of the state’s highest court are Republican; five were appointed by Mr. Abbott,” the report continued.

In response to Abbott’s order, hospitals across the state stopped offering hormone treatments for minors.

Attorney General Paxton announced an investigation into two pharmaceutical companies that allegedly promote the use of hormone-blocking drugs for children earlier this year. The drugs are not approved by the Food and Drug Administration for this purpose.

Paxton’s office is looking into whether or not Endo Pharmaceuticals, Inc. and AbbVie Inc. violated the Texas Deceptive Trade Practices Act by promoting using the medications Supprelin LA and Lupron Depot for kids whose parents allege that they are transgender.

According to a press release from the Attorney General, “Supprelin LA and Lupron Depot are approved to treat children with Central Precocious Puberty (CPP), when the puberty process begins prematurely. And Vantas, along with other forms of Lupron, has been prescribed for palliative treatment of prostate cancer. These drugs are now being used to treat gender dysphoria even though they are not approved for such use by the Food and Drug Administration (FDA). Gender dysphoria is a diagnosed mental disorder in which a person experiences significant distress related to a strong desire to be of another biological sex.”

“The manufacture, sale, prescription, and use of puberty blockers on young teens and minors is dangerous and reckless,” Attorney General Paxton said in the statement. “These drugs were approved for very different purposes and can have detrimental and even irreversible side effects. I will not allow pharmaceutical companies to take advantage of Texas children.” 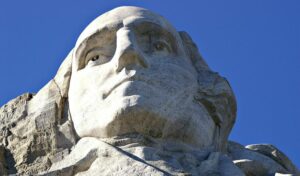