The Texas Secretary of State’s office announced audits of the 2020 election results in four counties.

The office said in a statement on Thursday that “a full and comprehensive forensic audit” will be taking place in Dallas, Harris, Tarrant, and Collin counties.

Trump wrote, “Despite my big win in Texas, I hear Texans want an election audit! You know your fellow Texans have big questions about the November 2020 Election. Bills to audit elections in your great state’s House and Senate were considered during Texas’ Second Special Session. Instead, the legislature passed a watered-down amendment that doesn’t even apply to the 2020 Presidential Election. This short amendment doesn’t answer the questions Texans have about the last election. Texans demand a real audit to completely address their concerns.”

“Governor Abbott, we need a ‘Forensic Audit of the 2020 Election’ added to the call. We’re quickly running out of time and it must be done this week. Texans know voting fraud occurred in some of their counties. Let’s get to the bottom of the 2020 Presidential Election Scam!” Trump’s letter concluded.

Let me be the first to congratulate the disgraced former president, Donald Trump, on his apparently becoming the new governor of Texas.

Pitiful yet predictable that @GregAbbott_TX has capitulated to Trump yet again. #txlege https://t.co/12PQeJGWtI

“Let me be the first to congratulate the disgraced former president, Donald Trump, on his apparently becoming the new governor of Texas,” Turner wrote. “Pitiful yet predictable that @GregAbbott_TX has capitulated to Trump yet again.”

Governor Abbott is up for re-election in 2022 and has been facing severe criticism from Republicans for not doing more to stop the crisis at the border. He has also been met with praise for passing what is believed to be the strictest abortion law in the nation.

Overall, he has a 73 percent approval rating among Republicans.

Allen West, a former Florida congressman who has also served as the Texas GOP chairman, announced that he will be challenging Abbott in the Republican primary. 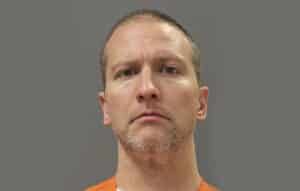