Former Minneapolis police officer Derek Chauvin has filed an appeal after being sentenced to 22 years in prison for the death of George Floyd.

Chauvin, 45, will be representing himself after being denied a public defender.

The 90-day deadline for Chauvin to appeal was on Thursday. He has asked for a stay on the appeal until he can find an attorney — noting that he only has his prison income to pay for his defense.

The former police officer was convicted in April on charges of second-degree unintentional murder, third-degree murder and second-degree manslaughter for his role in the death of Floyd in 2020.

A typical sentence for the charges he faced would be 12.5 years, but Judge Peter Cahill agreed with the prosecution who argued that there were aggravating factors in Floyd’s death.

In his appeal, Chauvin cited fourteen issues with his prosecution, including the court refusing to sequester the jury or provide a change of venue. 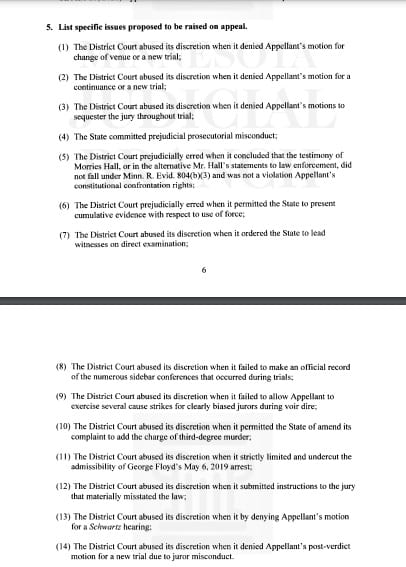 The judge in Chauvin’s case had denied the defense’s request for a new trial, despite the fact that a member of the jury was a Black Lives Matter activist.

As Timcast reported last week, the third-degree murder conviction of Mohamed Noor, a former Minneapolis police officer who shot and killed Justine Damond, was overturned by the Minneapolis Supreme Court. He will be resentenced for manslaughter.

The Supreme Court did not reverse Noor’s second-degree manslaughter conviction, but asserted that the prosecution did not prove he acted with a “depraved mind, without regard for human life,” a qualifier for the murder charge.

“In sum, our precedent confirms that Noor is correct in arguing that a person does not commit depraved-mind murder when the person’s actions are directed at a particular victim,” Chief Justice Lorie Gildea wrote in the case’s opinion.

Damond, 40, had called 9-1-1 to report a possible assault taking place in the alley behind her home on the city’s southwest side. She had moved from Australia and was getting ready to marry her American fiancé.

When Officer Noor and his partner arrived, he fatally shot her in the abdomen as she went to approach the squad car.

“Noor testified that he and his partner heard a loud bang on their squad car that startled them, and that he fired “to stop the threat” after he saw his partner’s terrified reaction and a woman appear at his partner’s window raising her arm. His partner testified that he hadn’t yet assessed whether there was a threat himself. Prosecutors noted that Noor hadn’t even determined whether Damond had a weapon before firing,” the Associated Press reported at the time of his conviction. 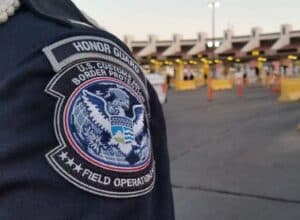