A new bill in Texas intends to prohibit transgender athletes from joining teams based on they gender with which they identify.

HB 25 was passed by the state’s House of Representatives on Oct. 14 in a vote of 76-54. The bill — which the state’s Senate approved 19-12 — will now move to the desk of Governor Greg Abbott, who is expected to sign the legislation into law.

Similar measures have passed across the country.

“Eight states, all backed by Republican legislatures, have brought legislation targeting transgender athletes into effect, while South Dakota Governor Kristi Noem signed an executive order similar to those laws in March this year,” reports The Daily Mail. “However, the Texas bill … will likely be seen as a crucial blow for local Democrats, given that Texas is home to the second-largest LGBTQ population in the country.”

Texas legislators introduced the law as a safeguard for women’s sport and Title IX, the federal law that requires women and girls equal access to education and scholastic athletics. Proponents of the bill argue transgender athletes competing in female sports have an unfair advantage over girls.

Students wanting to compete in sports would have to play for teams that match the sex listed on their birth certificate issued at or near the time of their birth, the bill stipulates. The only exception would be for documents with a clerical error, such as a reissued birth certificate with an amended gender.

“Texas already had a similar rule enforced by the University Interscholastic League, the state’s governing body for public school sports and the nearly 850,000 athletes who participate,” notes CBS News. “But that rule makes exceptions if a birth certificate is later changed to reflect a current gender identity.”

The passage of HB 25 is a hateful, targeted attack on transgender people living in Texas. Extremists in our Legislature have continuously leveraged cruel rhetoric and rampant misinformation to coordinate this attack on the transgender community – young children in particular – and have sent a clear message that Texas is not a safe place for them to live. We will not stop fighting to protect transgender children. We’ll continue to educate lawmakers – replacing misinformation with real stories – and demand the statewide and federal nondiscrimination protections we need to prevent further harms.

Representative Valoree Swanson, who introduced the bill, said last week that it is “all about girls and protecting them. … I’m excited that we have the opportunity today to stand up for our daughters, granddaughters, and all our Texas girls.” 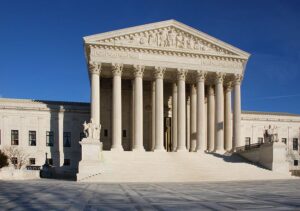