Texas lawmakers who voted in favor of the ‘Heartbeat Act’ abortion law have been notified by authorities of a “credible threat” to their safety.

In an email to members of the Texas legislature, Kevin Cooper, the Department of Public Safety’s chief of government relations, wrote “CREDIBLE THREAT TO YOUR SAFETY from the Federal Bureau of Investigation for a majority of you in the Texas Legislature.”

In a follow up email, Cooper wrote that the threat “only applies to those members who may have voted for” the abortion bill, according to a report from the Texas Tribune.

The threat was apparently made on Reddit, according to the report, and named specific House and Senate members. The user had threatened to “end each one of you” and said the lawmakers who voted for the bill “are not people to me.”

The bill bans abortions after a fetal heartbeat has been detected, which can occur as early as six weeks into a pregnancy. However, the law will not be enforced by the government, instead, it allows individuals or groups to sue anyone who performed, aided, or abetted an illegal abortion to be sued by any private individual or group who becomes aware of it. They cannot sue the woman.

A spokesperson for the Texas Department of Public Safety said in a statement to The Texas Tribune that it “takes all matters of personal security and public safety very seriously and we do not discuss details of ongoing threats and investigations.”

An abortionist recently admitted in an op-ed for the Washington Post that he deliberately broke Texas’ new abortion law to test it in court. He was subsequently sued by two former attorneys who both bizarrely claim to be pro-choice.

Kimberlyn Schwartz, spokeswoman for Texas Right to Life, an anti-abortion advocacy group, called the lawsuits “self-serving legal stunts” and said the plaintiffs are “abusing the cause of action created in the Texas Heartbeat Act for their own purposes,” in a statement to the Austin American-Statesman.

Timcast has reached out to the Texas Department of Public Safety asking what measures are in place to protect the members. We will update this story if a comment is provided. 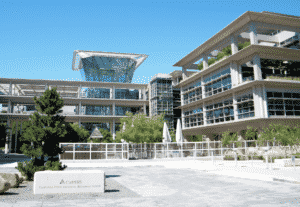