According to an internal audit report and investigation posted to the California Public Employees’ Retirement System’s (CalPERS) website, about 22,000 deceased people were paid over $41 million in pension overpayments over the course of two years.

CalPERS is the largest public pension fund in the United States, with approximately $470 billion in assets as of June 2021. It provides retirement benefits to employees of the state, public schools, local public agencies, retirees and their families. According to the June report from the CalPERS fund’s Office for Audit Services, 1,800 CalPERS pensioners die every month. CalPERS is primarily funded by pensioner contributions and taxpayer dollars in the form of government contributions.

Between Jan. 1, 2018 and July 1, 2020, an analysis of 30 unrecovered overpayments revealed that CalPERS’ Disability and Survivor Benefits Division (DSDB) took an average of 47 months to identify deaths, resulting in $2.34 million in wrongful payments.

“DSDB only has one part-time staff designated to review the matches on the death match report to prevent overpayments from occurring,” the auditors reported. “DSDB indicated that there are too many matches on the death match report for that part-time staff members to review. As a result, DSDB prioritizes the death report matches based on the Berwyn Group’s level of confidence that the identified individual is our member.”

However, in a written response which was also included in the report, Keith Riddle, who serves as Chief of CalPERS’ DSDB, said that while he agreed with the recommendations of the auditors’ findings, he disagreed with their severity. The Ohio-based Berwyn Group (Berwyn) is CalPERS’ death verification service provider.

“Deaths are reported to CalPERS primarily, but not exhaustively, through two channels: personally reported through the CalPERS Contact Center by family, friends, employers or other third parties,” Riddle said. “According to a death notification report for the audit period of January 2018 through July 2020, the 41,163 annuitant deaths reported to CalPERS were entered into myCalPERS on average 21 days after the date of death (versus bases on date of notification); 14 days for personally reported deaths, 46 days for Berwyn detected.”

In his statement, Riddle blamed the Social Security Administration’s (SSA) approach and methodology in handling death-related data as contributing to CalPERS’s challenges. He noted that since 2011, the SSA has “drastically reduced the number of records reported in the publicly available Death Master File (DMF) by prohibiting access to state death records.”

Riddle went on to suggest that the federal agency’s decision to limit the death data it shares with states, which subsequently leaves states with limited death data they share with the federal government, contributed to the erroneous payments to deceased individuals.

Riddle said his division would work to record the deaths in a more timely manner and incorporate new procedures so employees would miss fewer recovery opportunities. In his letter, Riddle added that CalPERS plans to apply for full access to the Social Security Administration’s death data in addition to seeking another contractor to identify more deaths.

In 2015, the City of San Bernardino reportedly “voted to become the first participant to dump CalPERS after the state’s pension plan shocked participants by announcing contribution rates would rise by 61 percent over the next five years.” 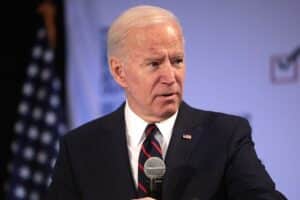