The ISIS-K terrorist who killed 13 U.S. servicemembers and at least 169 Afghan civilians at the Kabul airport in Afghanistan last month had been freed from Bagram prison after President Biden ordered U.S. forces to leave the Bagram air base, according to Firstpost.

“Senior Indian intelligence sources familiar with the case have told Firstpost that he was handed over to the United States’ Central Intelligence Agency by the Research and Analysis Wing in September 2017,” Firstpost reported. “However, the jihadist walked free on 15 August along with thousands of other dangerous terrorists held in the high-security prison, taking advantage of the chaos that ensued in the aftermath of the United State’s hurried exit and the Taliban’s swift takeover of the entire country.”

“Identified as Abdul Rehman, the jihadist was a former student of an engineering college in India and hailed from Afghanistan’s Logar province. He was the son of an Afghan merchant who frequently visited India for business,” Firstpost added. “His arrest had led to the termination of a plot by the Islamic State of Khurasan Province (IS-K) — the Islamic State’s regional wing in Afghanistan — to stage suicide bombings in New Delhi and other cities across the region, probably on the behest of Pakistan’s Inter-Services Intelligence Directorate (ISI).”

An officer who worked on the Abdul Rehman case told Firstpost, “America’s disorganised retreat from Afghanistan has led to hundreds of highly-competent and highly-committed terrorists being set free to rejoin the Islamic State, al-Qaeda and other terrorist groups.”

“Literally a decade’s work on counter-terrorism has been undone by the U.S.’s failure to secure key prisoners in Bagram,” the officer added.

As the Biden administration was planning the withdrawal from Afghanistan, the military’s plans were centered around Bagram airbase “because it would provide a staging area for drones, other aircraft and special-operations forces to conduct counterterrorism operations in case terrorist and other dangers grew,” per the Wall Street Journal.

However, President Biden reportedly ignored warnings about the pace of the withdrawal from Gen. Austin Miller, the Commander of U.S. forces in Afghanistan until July of this year, and forced the military to abandon Bagram.

After Biden ignored the General Miller’s warnings, White House correspondent Jacqui Heinrich tweeted “it became his job to execute on the withdrawal order – and eventually, decisions like abandoning Bagram were made because of constraints and troop caps imposed by the President’s orders. For example, the 1k soldiers at Bagram were essentially forced out because they had no life support, and none was coming – because of President’s withdrawal timeline and troop cap.”

National Security Adviser Jake Sullivan also questioned Biden’s decision to abandon Bagram, according to U.S. officials. The Pentagon went as far as pausing the shutdown of the airbase for several days to push Biden to “reconsider of closing the base,” reported the Wall Street Journal. “Working with the administration’s troop limit of 650, military commanders had to choose between keeping open Bagram or the Kabul airport, which was thought ready to handle a large evacuation. Briefed about it, U.S. officials said, Mr. Biden backed the military plan, affirming Bagram’s closing.”

After the U.S. military abandoned Bagram airbase, the Taliban conquered the area and freed thousands of terrorists from Bagram prison, including the ISIS-K terrorist who killed 13 U.S. servicemembers in a suicide bombing.

In response to the attack, the Biden administration ordered a drone strike on a suspected ISIS member. However, according to an exclusive report from the New York Times, the man targeted was actually “Zemari Ahmadi, a longtime worker for a U.S. aid group.”

The retaliatory drone strike ended up killing 10 civilians, including 7 children. The Biden administration originally claimed there were no civilian casualties. 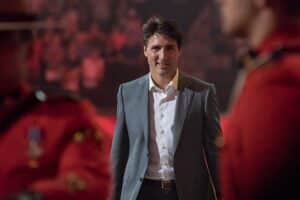