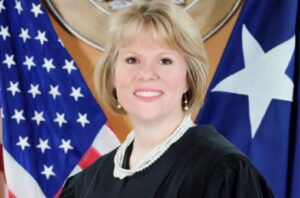 A Texas woman is in danger after a judge in the state denied her request for a divorce and instead ruled that she must submit to a Sharia tribunal.

Back in March, Collin County District Judge Andrea Thompson ordered that in order for Mariam Ayad to divorce Ayad Hashim Latif she must go through the Fiqh panel, which is based in Saudi Arabia.

Judge Thompson claimed that this was because Ayad signed a prenuptial agreement in which she agreed to abide by Sharia.

The Washington Examiner reports “Ayad said that when she signed the document, she did not realize that she was submitting to Sharia, according to court documents. Instead, she said she thought she was signing two copies of a marriage acknowledgment form. Under Sharia, a woman’s testimony in divorce proceedings is worth half of a man’s, making her plea to be removed from that agreement especially urgent, her attorneys wrote.”

Signing two copies of the marriage acknowledgement is common practice in Islamic nations.

Under Sharia, Ayad’s husband will have the sole right to seek or deny a divorce and Ayad “will not have a meaningful right to be heard,” her attorneys wrote.

“Mariam’s lawyers argue the agreement — which outlines that a three-man panel of Muslim imams are to decide all issues relating to the marriage, including alimony, division of property, child support, and even custody of the couple’s 6-year-old son — ought to be voided in lieu of U.S. law,” the Blaze reports.

Judge Thompson was unmoved by her arguments and ruled that the divorce falls under the jurisdiction of the Islamic Association of North Texas.

The Examiner report continued on to explain that “Ayad’s attorneys took the case to a Texas appeals court, arguing that the Sharia proceedings are in direct conflict with United States divorce law. The agreement itself, they added, is “unconscionable” and in opposition to Texas law as well.”

Timcast has reached out to Judge Thompson for comment and will update this story if one is provided. 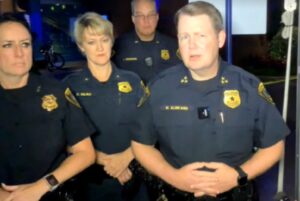