'If Twitter is misrepresenting how many accounts are fake to drive up their revenue, I have a duty to protect Texans,' AG Ken Paxton said

Texas Attorney General Ken Paxton has launched an investigation into whether Twitter has falsified reports concerning its user numbers in violation of the Texas Deceptive Trade Practices Act.

Elon Musk gained a bit of judicial support from Texas Attorney General Ken Paxton earlier this week. Noting that the number of inauthentic users can inflate a social media company’s valuation and impact an advertiser’s bottom line, Paxton submitted a Civil Investigative Demand to determine whether Twitter has misled the public. Recent studies, as Timcast has previously reported, suggest that while Twitter claims only 5% of its users are bots, that number is likely considerably higher.

Paxton intends to get to the bottom of this discrepancy by the end of the month, demanding that Twitter furnish an extensive list of records by no later than June 27.

Those records include metrics pertaining to Twitter’s monthly active users and “monetizable” active users as well as a definition for this latter group. The attorney general’s office is also requesting any documents pertaining to the methodology used by Twitter to calculate that fewer than 5% of accounts are inauthentic or spam-related.

Twitter must also turn over any complaints they have received from advertisers who claim the reach of their campaigns was “inflated, overstated, or misleading.”

In-house analysis conducted by Twitter concerning whether advertisers have been charged for impressions shown to inauthentic Twitter accounts will also be turned over to the state for review.

In a press release on the attorney general’s website, the intrinsic financial ramifications of misreported data were discussed:

“Twitter has received intense scrutiny in recent weeks over claiming in its financial regulatory filings that fewer than 5% of all users are bots, when they may in fact comprise as much as 20% or more. The difference could dramatically affect the cost to Texas consumers and businesses who transact with Twitter.”

“Texans rely on Twitter’s public statements that nearly all its users are real people. It matters not only for regular Twitter users but also Texas businesses and advertisers who use Twitter for their livelihoods,” said Paxton. “If Twitter is misrepresenting how many accounts are fake to drive up their revenue, I have a duty to protect Texans.”

Elon Musk, who previously offered to buy Twitter, threatened to put the deal on hold if Twitter could not substantiate claims that bots comprise less than 5% of their userbase. According to reports, Twitter relented to these demands Wednesday and has begun supplying the requested data to Musk and his team. 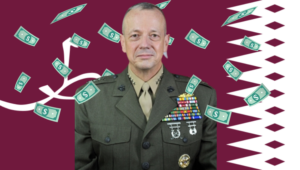