CHEQ, an Israeli cyber-security firm, and the Israeli Cyber Forum released a report cataloging the malicious effect that invalid traffic has on the online business ecosystem.

In a press release following up on that report, they specifically highlighted how Twitter’s user growth has been inflated by the presence of bots.

CHEQ found that 11.71% of all outbound traffic from Twitter — that’s Twitter users clicking on links that lead to other websites — were “driven by bots or fake users.”

The conclusion was drawn after analyzing 5.21 million of these outbound clicks with over 2,000 tests to determine the authenticity of each click, according to the report.

Earlier this month, Elon Musk tweeted that he would be putting his acquisition of Twitter on hold “pending details supporting the calculation that spam/fake accounts do indeed represent less than 5% of users.”

But Guy Tytunovich, the CEO of CHEQ, reasons this indicates that 11.71% is probably a conservative estimate. In fact, a significantly greater percentage of Twitter’s userbase may be the product of manipulative or malicious use:

“Our study looked into users who came from Twitter to other websites. But, if you consider that many bots don’t click through to other sites and only stay on Twitter, then it seems very likely that bot traffic inside the platform itself could be significantly higher than 12%. Ultimately, we’re living in the era of the Fake Web, where bots, malicious users and automation tools make up a large portion of all web traffic, and this data supports what we’re seeing out there.”

Invalid traffic, according to the report, accounts for 40% of all web traffic and its prevalence distorts the cost and value of paid marketing campaigns, segment targeting, and customer acquisition. For a website like Twitter, which offers a free service to users in order to sell their userbase to businesses running marketing campaigns, reliable analytics mean everything to a prospective marketer’s bottom line.

If marketers find that their campaigns are doing poorly on a marketing channel like Twitter, they’re likely to limit their campaigns, in turn limiting the revenue generated by Twitter. CHEQ explains that these bots and malicious uses of the internet result in nearly $700 billion in wasted expenses each year.

Invalid traffic does not, however, just concern bots — although bots do account for a large percentage. It also includes malicious traffic from click farms, hackers, and fake accounts.

CHEQ is a software-as-a-service company that was founded in 2016 and offers threat detection tools that were “built by graduates of Unit 8200 of the Israeli Military Defense Intelligence.” 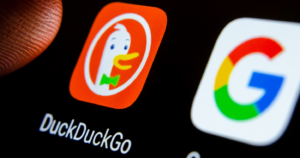