‘We have always been extremely careful to never promise anonymity when browsing,’ said the company's CEO

DuckDuckGo had a hidden agreement with Microsoft that allowed the technology company to collect some user data.

The revelation contrasts with the internet company’s claims that it is one of the most private search engines available to users.

A security researcher found that the company’s mobile browser permits Microsoft to continue to run third-party trackers. Additionally, trackers from Bing, Microsoft’s search engine, and Linkedin, the professional networking site Microsoft purchased in 2016 for $26.2 billion, were also found to be permitted on the mobile browser.

DuckDuckGo’s CEO Gabriel Weinberg confirmed the news in a response to the researcher’s Twitter thread regarding the trackers.

“When you load our search results, you are completely anonymous, including ads. For ads, we worked with Microsoft to make ad clicks protected,” Weinberg said in a tweet. He added that Microsoft Advertising does not “associate your ad-click behavior with a user profile.”

The privacy-centric internet company has a search syndication agreement with Redmond, a software company, which prevents fully blocking Microsoft-owned properties. In order for DuckDuckGo to use Bing search results, DuckDuckGo must allow Microsoft to track user data.

“We have been continually pushing and expect to be doing more soon,” Weinberg added.

“We have always been extremely careful to never promise anonymity when browsing, because that frankly isn’t possible given how quickly trackers change how they work to evade protections and the tools we currently offer,” the executive said.

“What we’re talking about here is an above-and-beyond protection that most browsers don’t even attempt to do — that is, blocking third-party tracking scripts before they load on 3rd party websites,” he explained. “Because we’re doing this where we can, users are still getting significantly more privacy protection with DuckDuckGo than they would using Safari, Firefox and other browsers.”

“Our goal has always been to provide the most privacy we can in one download, by default without any complicated settings” Weinberg added.

Notably, the tracker settings apply to the DuckDuckGo Mobile browser and not to its search engine of the same name.

Trackers from Google and Facebook are blocked by the company’s mobile browser.

DuckDuckGo was founded and launched in 2008. In 2010, the company formally adopted a policy not to track users’ search history. Its browser and desktop extension are downloaded an estimated 6 million times each month and users generate roughly 3 billion monthly searches. 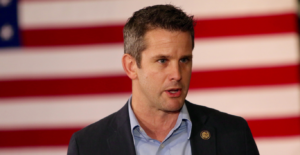