He also called the NRA a ‘gifting scam’

The Republican’s statement comes the week after a mass shooting at Robb Elementary School in Uvalde, Texas.

“Look, I have opposed a ban, you know, fairly recently,” said Kinzinger during an appearance on CNN’s “State of the Union.”

“I think I’m open to a ban now,” the representative said. “It’s going to depend on what it looks like because there’s a lot of nuances on what constitutes, you know, certain things.”

Kinzinger said that those who support the right to bear arms should be proactively developing policies that prevent gun violence. He suggested that assault weapons could require an “extra license” or “extra training.”

“We have to be coming to the table with ways to mitigate 18-year-olds buying these guns and walking into schools — my side’s not doing that,” said the congressman, alluding to Salvador Ramos – the shooter who killed 19 students and two teachers in Uvalde.

“My side is not coming forward with reasonable ways to defend an amendment that we think is very important,” he added. “And so I’m looking at this going, ‘Fine, if people are going to put forward solutions about certifying maybe who can buy an assault weapon, I’m certainly open to that.”

Kinzinger said that a number of politicians share his beliefs “but they won’t say it, or they won’t come out and say it” due to concerns of dividing their constituents.

The Illinois native has backed other gun control measures in recent years.

Since the 2017 mass shooting at a country music festival in Las Vegas, the congressmen has supported a ban on bump stocks.

He has also advocated for requiring background checks as a part of gun sales, per The Hill.

During a May 29 appearance on ABC’s “This Week,” Kinzinger said raising the legal age to purchase a gun to 21 was a “no-brainer.”

“If you look at the Parkland shooting, you look at Buffalo, you look at this shooting, these are people under the age of 21,” he said. “We know that the human brain develops and matures a lot between the age of 18 and 21. We just raised, without really so much as a blink, the age of purchasing cigarettes federally to 21. I think we need to get there eventually.”

Kinzinger confirmed that he currently owns an AR-15, which would be subject to the additional regulations he is now open to supporting.

Additionally, during the course of the interview, the representative called the NRA a “grifting scam” but not as “crazy” as the Gun Owners of America, another pro-Second Amendment group.

Kinzinger was the only House Republican to vote in favor of a bill that would have established offices within federal agencies to target suspected white supremacists and neo-Nazis. His colleagues opposed the bill’s narrow focus, which did not address far-left domestic terrorists.

He currently serves on the Jan. 6 Committee with Liz Cheney. The House subcommittee is investigating the security breach at the Capitol in 2021. The Congressman fell out of favor with President Donald Trump and many of his supporters after he voted to impeach Trump in January of 2021.

Kinzinger was first elected to Illinois’ 16th Congressional District in 2012. He announced in October that he would not be seeking re-election.

“I cannot focus on both a re-election to Congress and a broader fight nationwide,” he said in his announcement. “I want to make it clear, this isn’t the end of my political future, but rather the beginning.” 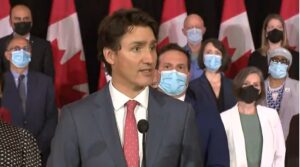