The legislation will stop just short of banning guns altogether.

“We recognize that the vast majority of gun owners use them safely, and in accordance with the law,” Trudeau said during a press briefing on Monday. “But other than using firearms for sport shooting and for hunting, there is no reason anyone in Canada should need guns in their everyday lives.”

NOW – PM Trudeau: “It will no longer be possible to buy, sell, transfer, or import handguns anywhere in Canada.”pic.twitter.com/rVd5gWgEtq

Trudeau said that the government will be “capping the market for handguns.”

“As we see gun violence continue to rise, it is our duty to keep taking action,” Trudeau added.

WATCH: Trudeau announces that he will put forward a BAN on the selling, transfer, or import of handguns in Canada.

According to a report from the CBC, Public Safety Minister Marco Mendicino presented the bill in the House of Commons.

“The bill we just tabled represents a milestone amidst a long and difficult battle which takes place on our streets every single day,” Mendicino said during the press conference. “It’s a battle which has claimed too many lives, leaving empty chairs at the dinner table, and empty desks in our classrooms.”

The report says that in addition to the national freeze on sales, the bill also includes other measures such as “taking away firearms licences from those involved in domestic violence or criminal harassment, increasing criminal penalties for smuggling and trafficking of firearms, and a ‘red flag’ law which would require people deemed a threat to themselves or others to turn in their firearms to law enforcement.”

“Mendicino confirmed that the government would be proceeding with a mandatory buyback program for the over 1,500 assault-style weapons the government banned two years ago — including the AR-15. He said the details will have to wait for consultations with industry on compensation and likely won’t be available until this summer,” the report continued.

The government expects to begin the buybacks before the end of the year.

“It’s going to be hard but we are going to get it done,” Mendicino said.

If passed, the legislation would go into effect in the Fall.

The full press conference can be viewed here: 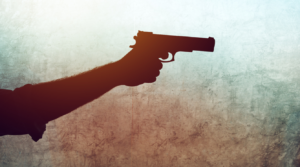