Musk said he would 'defeat the spam bots, or die trying,' a cause for due diligence to discover true daily active user numbers in the deal

UPDATE: Just two hours after causing a stir with his announcement that the Twitter acquisition was on hold, Elon Musk took to Twitter to let folks know that he is still committed to completing the transaction.

The tweet offers an indication that Musk is performing a much needed due diligence on the transaction.

According to Elon Musk, his $44 billion bid to purchase Twitter is on hold pending verification of details surrounding the fake or spam bot accounts that purportedly account for about 5% of daily active users.

There has been speculation about whether Elon Musk’s deal to buy the social media giant might collapse, that he might walk away, or hold out for a better price as tech stocks have seen a recent decline in value.

The news of the deal’s holding sent Twitter shares down more than 20% in premarket trading.

Musk has revealed little about his ultimate plans with Twitter. He has often outlined his focus on free speech, reduced bans, and interest in monetization. However, he has focused a lot of commentary on removing the spam accounts to make sure real people populate the platform.

If our twitter bid succeeds, we will defeat the spam bots or die trying!

Musk made news earlier this week when he said that banning former President Donald Trump “was a morally bad decision, to be clear, and foolish in the extreme,” while speaking at a Financial Times conference. Musk was quick to state that former CEO and founder of Twitter Jack Dorsey agreed.

Dorsey publicly backed the comments by Musk, pointing back to a statement from January 13, 2021, shortly after the platform banned Trump, in which he showed some regret for the action.

On April 25, Musk and Twitter’s Board agreed to a deal, which was due to close in the coming six months.

According to a press release, “Twitter, Inc. (NYSE: TWTR) today announced that it has entered into a definitive agreement to be acquired by an entity wholly owned by Elon Musk, for $54.20 per share in cash in a transaction valued at approximately $44 billion. Upon completion of the transaction, Twitter will become a privately held company.”

Last week, Musk filed additional paperwork revealing that he has secured $7.1 billion in financing as part of his effort to purchase Twitter.

In a Securities and Exchange Commission (SEC) document filed on Wednesday, the additional funding was disclosed, including investments from Larry Ellison, Prince Alwaleed Bin Talal, and more.

The news on Friday morning sparked lots of commentary on Twitter.

“It sure seems like more than 5%… You’d think Twitter would come clean at this point instead of playing a shell game with the company’s true value,” said journalist Larry Conner.

It sure seems like more than 5%… You'd think Twitter would come clean at this point instead of playing a shell game with the company's true value.

Some, including investment specialist Sven Henrich, praised Musk for performing a proper level of due diligence on the purchase.

Due diligence is always worthwhile 👍 https://t.co/zQn6QaTCa4

All eyes will be on the deal in the days ahead to see if it is repriced, moves forward as planned, or will be canceled altogether. 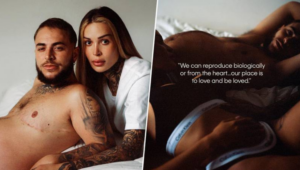