A Texas National Guardsman on post in Eagle Pass reportedly committed suicide, according to a Fox News Correspondent on Tuesday.

Griff Jenkins broke the news on Twitter: “Multiple Law Enforcement sources confirm to FOX News that a TX National Guardsman on post here in Eagle Pass committed suicide this morning – self-inflicted gunshot wound to the head and has died. We are awaiting comment from Gov Abbott’s office. @FoxNews”

In March 2021, Abbott launched Operation Lone Star (OLS) in response to illegal border crossings and in May issued a disaster declaration covering 48 counties mainly on or near the border. Abbott directed the Department of Public Safety to “use available resources to enforce all applicable federal and state laws to prevent the criminal activity along the border, including criminal trespassing, smuggling, and human trafficking, and to assist Texas counties in their efforts to address those criminal activities.” Shortly thereafter, Governor Abbott opened Texas Department of Criminal Justice (TDCJ) facilities for arresting and detaining for persons under OLS.

“It is clear State leadership does not have our troops best interest in mind. Instead, they continue to use them as political props, whether it be through assigning them to support OLS or by refusing to comply with federal vaccine requirements intended to protect them from COVID-19,” reads a letter to inspector general of the Texas Military Department Col. Daniel Heape sent by thirteen Democratic members of Texas’ congressional delegation. “As such, we urge you to launch a full investigation into TMD’s actions related to OLS and how this mission is impacting the well-being, morale, and overall readiness of our troops so Texans can have a full accounting of what is happening to these service-members.”

“The [Texas Military Department]’s leadership has lost focus on what matters most, and that’s the soldier,” retired Command Sgt. Maj. Jason Featherston told the Army Times. “Their inability to focus on the individual soldiers’ needs has cost several lives, and until they [focus], more tragedies will continue to happen.”

The United States has reportedly experienced a historic 2.1 million border crossings this fiscal year alone with over 200,000 in August. Democratic claims of “sanctuary” cities have been speculated for blame by Republicans, though Democrats have conversely blamed the previous Trump administration for allegedly rolling back legal paths for asylum. Democrats have responded to the border crisis by calling for pathways to citizenship, per Fox News.

Republican Texas Governor Greg Abbott has not released an official statement as of Tuesday afternoon. 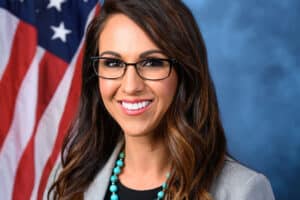