On Wednesday, the Texas border city of McAllen announced it has been forced to set up temporary housing in response to a “rapidly escalating” surge in migrants attempting to cross the southern border illegally.

The city also admitted that the government is not testing the migrants for COVID-19.

“While some immigrants are refused entry at the border under current Title 42 restrictions, many are temporarily lawfully admitted into the United States pending their asylum hearing,” the city said in a statement. “In these cases, the federal government only detains them for a couple of days. After which, absent the commission of a separate crime, neither law enforcement nor private entities have the legal authority to further detain them. As these temporarily admitted immigrants are released, the federal government does not test them for COVID-19 or provide assistance in contacting relatives or sponsors living in the United States to make arrangements for temporary housing.”

“Since mid-February of 2021 there have been over 7,000 confirmed COVID-19 positive immigrants released into the City of McAllen by CBP, including over 1,500 new cases in the past seven days,” the statement said.

The statement added, “Despite the City of McAllen and its community partners’ best efforts, the sheer number of immigrants being released into the city has become a crisis: a crisis the City of McAllen did not create and has proactively tried to avoid for seven years.”

BREAKING: The city of McAllen has started constructing emergency shelters for illegal immigrants released by Border Patrol. The city says the federal government is releasing “an alarming number of immigrants into McAllen, and that the feds aren’t testing them for COVID. @FoxNews pic.twitter.com/hy9TbKtgCM

The news comes after a recent report revealed that border officials encountered 210,000 migrants attempting to illegally cross the southern border in July, the highest number in 20 years – a record that was first broken in March and then broken again every following month.

Experts claim the Biden administration’s policies have incentivized migrants to attempt to illegally cross the border, driving the sudden surge. For example, in mid-February, the month before illegal immigration began its record-breaking streak, Biden placed a Memorandum on Immigration and Customs Enforcement (ICE) which severely hindered its ability to carry out deportations. 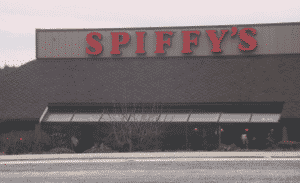