A 50-year-old diner in Washington that received multiple fines for violating COVID-19 rules closed permanently over the weekend.

On social media, the establishment said it was staff shortages and food delivery problems -not the fines – that caused them to have to shut down.

Spiffy’s Restaurant and Bakery “continued to stay open for indoor dining at the peak of the pandemic, defying a state order that required restaurants to only offer outdoor or take-out service,” says Today.

Ultimately, the diner was charged over $400,000 in fines by the state Department of Labor & Industries. The Chronicle says “In an attempt to fend off enforcement, armed protesters staked out in front of the establishment for days.”

A Facebook post from the now-closed restaurant’s account said owner Rod Samuelson employed 30 people at the popular diner at I-5 and Highway 12. The  Lewis County restaurant is famous for its pies, cinnamon rolls, and coffee, according to Komo News.

The 81-year-old says “the state has cut his penalties in half to $240,000. He says the Attorney General’s office indicated it would forego the fines altogether, but the Governor won’t relent.”

In an attempt from the state to keep Spiffy’s dining room closed, the restaurant had been served a restraining order in January.

At the hearing, Judge Chris Lanese told Samuelson, “Failure to [comply] may result in an order or finding of contempt, which can result in fines or penalties up to $2,000 per day, could include jail time, could include the bringing of charges for a gross misdemeanor, amid other consequences.”

Spiffy’s closed following Lanese’s order. The restraining order was dismissed on January 20th but could be reinstated if Spiffy’s opened for more than just take-out only or outdoor dining.

“The attorney for Spiffy’s told the judge that employees signed off on wanting to continue to work.  He also stated that patrons acknowledged the restaurant is extra clean; cleaner than Costco and Walmart,” reports KXL.

With the closure of his restaurant, Samuelson plans to divest the contents of the restaurant and spend his time volunteering and fishing.

It has been estimated that over 400,000 small businesses closed during the first three months of the global pandemic. 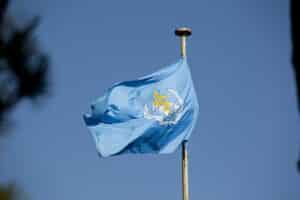 WHO Calls for Temporary Moratorium on Covid-19 Vaccine Booster Shots