WHO Calls for Temporary Moratorium on Covid-19 Vaccine Booster Shots

The organization argued that the global priority should be to increase the supply of vaccinations to poorer nations.

On Wednesday, Director-General Tedros Adhanom Ghebreyesus called for a booster moratorium until at least late September, although it could be pushed back to later in the fall.

During a news conference broadcast from the WHO’s Geneva headquarters, Tedros said, “I understand the concern of all governments to protect their people from the Delta variant. But we cannot and we should not accept countries that have already used most of the global supply of vaccines using even more of it while the world’s most vulnerable people remain unprotected.”

#HealthWorkers, older people & other at-risk groups need #COVID19 vaccines now. @WHO is calling for a moratorium on boosters until at least the end of September, to enable at least 10% of the population of every country to be vaccinated. #VaccinEquity pic.twitter.com/6AwkppgbJj

He further argued that “of the more than 4 billion vaccine doses that have been administered globally to date, more than 80%  have gone to high-income countries that account for less than half of the world’s population,” according to STAT.

WHO officials added that it has not been scientifically proven that giving booster shots to people who have already received two vaccine doses prevents the spread of the coronavirus.

Booster shots are already being administered in Israel, France, Germany, and several Middle Eastern countries. Because of rising cases of the delta variant, the United States and Britain are considering plans to roll out booster shots as well.

“The agency has no power to require countries to act, and many in the past have ignored its appeals on issues like donating vaccines, limiting cross-border travel, and taking steps to boost production of vaccines in developing countries,” reports NBC News.

The Biden administration indicated it would not necessarily follow the WHO’s moratorium.

“We announced just yesterday that we hit an important milestone of over 110 million vaccines donated to the world. That is more than any other country has shared combined… We also, in this country, have enough supply, to ensure that every American has access to a vaccine. We will have enough supply to ensure, if the FDA decides that boosters are recommended for a portion of the population, to provide those as well,” she told reporters in a briefing.

At a task-force briefing on Thursday, Dr. Anthony Fauci, director of the National Institute of Allergy and Infectious Diseases, said that administering boosters to immunocompromised Americans has evolved into a high priority, per MarketWatch.

Currently, Haiti, the Democratic Republic of Congo, Burkina Faso, Chad, and South Sudan have the lowest vaccination rates in the world. 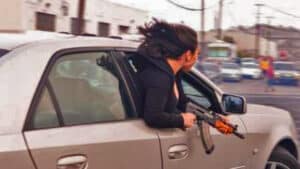