Hoping to bring some standardization to the industry and facilitate a transition to electric vehicles, Elon Musk’s Tesla has announced that it has opened and made available for download the specifications for its Tesla charging connector and charging port.

According to a statement on the company’s website, the move is motivated by a desire to “accelerate the world’s transition to sustainable energy.” Pursuant to that agenda, Tesla has renamed its charging apparatus to reflect its desire to become the industry standard:

We invite charging network operators and vehicle manufacturers to put the Tesla charging connector and charge port, now called the North American Charging Standard (NACS), on their equipment and vehicles. NACS is the most common charging standard in North America: NACS vehicles outnumber CCS two-to-one, and Tesla’s Supercharging network has 60% more NACS posts than all the CCS-equipped networks combined.

Network operators, the industry term for businesses that provide electric vehicle charging stations, will be able to provide services to all makes and models of electric vehicles if standardization is achieved.

According to Tesla, which did not elaborate on which specific organizations it was referring to, an unknown number of network operators have already indicated they will be making the switch. The electric automaker also noted that a shift to standardization would benefit consumers as well — Tesla motorists would be able to charge at any station and owners of models from other manufacturers would be able to charge at Tesla charging networks.

The Tesla charging connector and charging port are smaller, more efficient, and were designed with versatility in mind, allowing them to be easily incorporated into systems designed by other manufacturers:

With more than a decade of use and 20 billion EV charging miles to its name, the Tesla charging connector is the most proven in North America, offering AC charging and up to 1 MW DC charging in one slim package. It has no moving parts, is half the size, and twice as powerful as Combined Charging System (CCS) connectors.

As a purely electrical and mechanical interface agnostic to use case and communication protocol, NACS is straightforward to adopt. The design and specification files are available for download, and we are actively working with relevant standards bodies to codify Tesla’s charging connector as a public standard. Enjoy.

Tesla has sold close to two-thirds of electric vehicles currently operating on the roads of America, and that industry dominance could propel their charging technology to the standard — if other manufacturers are willing to hop on board. 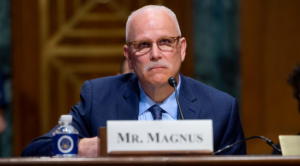