The chief of Customs and Border Protection resigned just over a year after his appointment following pressure from the head of Homeland Security.

President Joe Biden accepted Chris Magnus’s resignation letter, which did not include an explanation for his departure.

“Thank you for the opportunity to serve as your Senate-confirmed Commissioner of U.S. Customs and Border Protection over the past year. It has been a privilege and honor to be part of your administration,” reads Magnus’s Nov 12 letter. “I am submitting my resignation effective immediately but wish you and your administration the very best going forward.”

Magnus served as the chief of police in Tuscon before being nominated by the president to take over the CBP in April 2021. He also led police forces in Fargo, North Dakota and Richmond, California. Biden said Magnus’s “extensive experience in addressing immigration issues” made him a strong candidate for the position.

He was confirmed by the Senate in December after a 50-47 vote, with much of his support coming from Democrats.

“President Biden appreciates Commissioner Magnus’ nearly forty years of service and the contributions he made to police reform during his tenure as police chief in three U.S. cities,” White House Press Secretary Karine Jean-Pierre said in a statement. “The President thanks Mr. Magnus for his service at CBP and wishes him well.”

Department of Homeland Security Secretary Alejandro Mayorkas reportedly asked Magnus to step down on Nov. 9, after the 62-year-old went to El Paso to meet with the Border Patrol sector chiefs. Mayorkas told Magnus not to attend the meeting and, afterward, said he had lost confidence in him and would recommend his termination to Biden.

Magnus refused to go unless asked to resign by Biden, according to The Washington Post. The outlet reported his plans to overhaul the border protection agency put him at odds with Mayorkas.

Magnus has been a vocal opponent of Title 42, an immigration policy enacted by President Donald Trump during the COVID-19 pandemic that allowed border agents to redirect migrants back to Mexico.

“I didn’t take this job as a resume builder. I came to Washington, D.C. — moved my family here — because I care about this agency, its mission, and the goals of this Administration,” Magnus said, per the outlet.

In a statement to The Los Angles Times, Magnus said “I expressed to him that I felt there was no justification for me to resign when I still cared deeply about the work I was doing and felt that that work was focused on the things I was hired to do in the first place.”

The leadership turnover comes as the Biden administration continues to struggle with the steady flow of illegal immigration across the United States-Mexico border.

“While failing regimes in Venezuela, Cuba, and Nicaragua continued to drive a new wave of migration across the western Hemisphere, the number of Venezuelans arriving at the southern border decreased sharply nearly every day since we launched additional joint actions with Mexico to reduce irregular migration and create a more fair, orderly and safe process for people fleeing the humanitarian and economic crisis in their country,” said Magnus in a statement at the time. “While this early data is not reflected in the latest report, it confirms what we’ve said all along: when there is a lawful and orderly way to enter the country, individuals will be less likely to put their lives in the hands of smugglers and try to cross the border unlawfully.”

The CBP will be led by deputy commissioner Troy Miller, who previously served as interim chief in 2021. 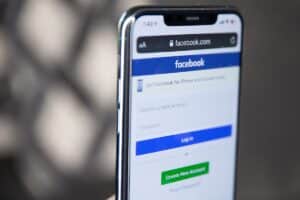